Monday, May 25
You are at:Home»News»Sarawak»Villagers want MACC probe on alleged ‘taken’ land 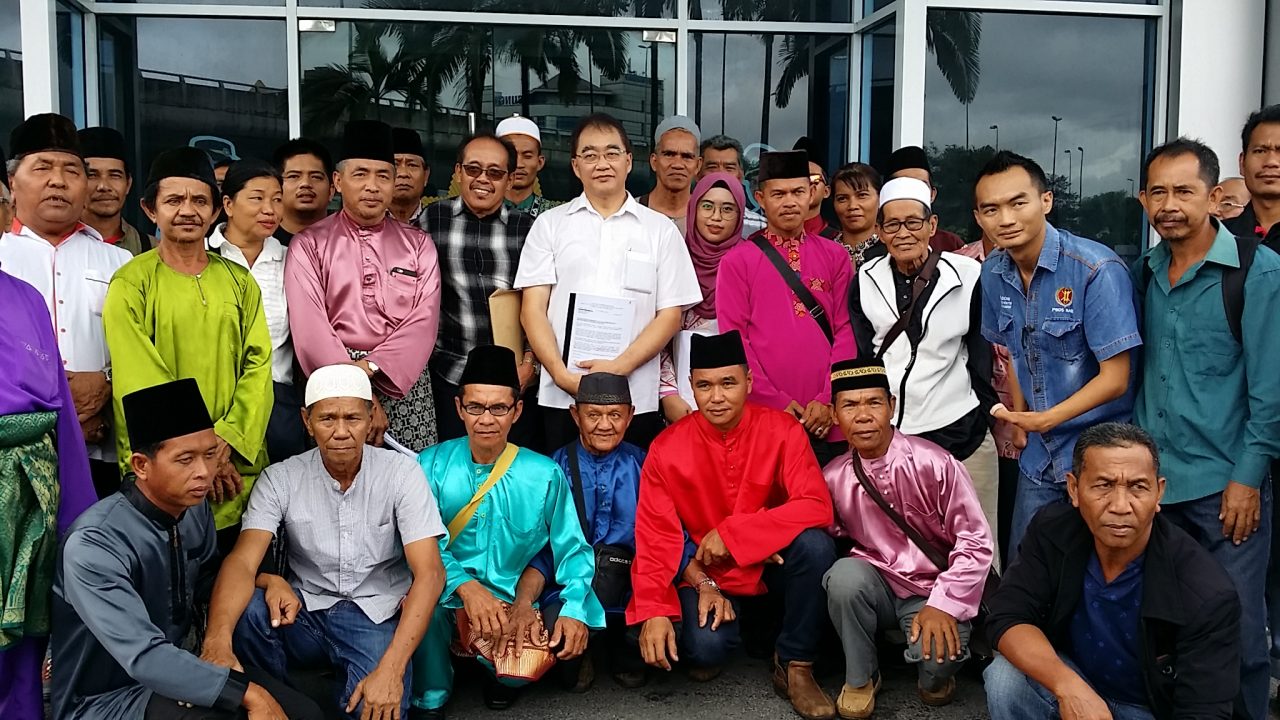 Ng (sixth right, standing) poses with the group of villagers outside the MACC Sarawak headquarters.

KUCHING: A group of villagers from Kpg Lubok Bunting, Simunjan, led by legal counsel Dominique Ng, is requesting the Malaysian Anti-Corruption Commission (MACC) to probe a case where land has been allegedly taken by a company.

Speaking to reporters outside the MACC Sarawak headquarters here yesterday, Ng said they will lodge a formal report with the Commission next Monday (Dec 10).

According to Ng, the state government has set aside over 1,000 acres of land in Kpg Lubok Bunting for the purpose of village expansion.

“The villagers then entered a joint venture (JV) with a company following a letter of offer dated Jan 10, 2000 to develop that piece of land.

“Even though the land is for village expansion, I don’t think they (villagers) mind, as it is for development. More so, they don’t have the capacity to clear the land.

“But what (has) happened now is that their land doesn’t belong to them anymore,” he said

As most of the villagers are illiterate, Ng said they had no clue that the company which they entered into a JV with is no actually the company developing the land.

It is learnt that this case is affecting 80 households comprising over 1,000 villagers in Kpg Lubok Bunting, over 100km from here.

Ng guided that all the villagers wanted now is for the MACC to get to the bottom of the matter since the Commission is now under a new government.

“They want to know why the land, set aside by the state government for village expansion, can end up with a company that has nothing to do with the one they entered JV with.”