Thursday, September 23
You are at:Home»Business»CPO inventory at all-time high 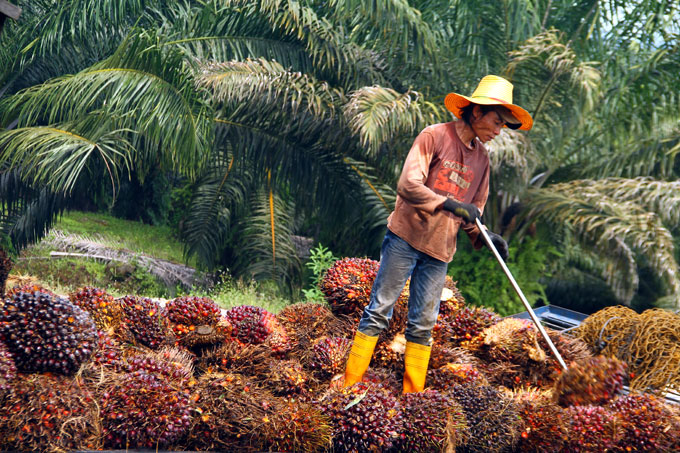 The main concern is whether palm oil stocks would continue to stay higher as the demand outlook looks subdued at least for the next three months although oil palm trees start entering low production cycle.

“Stock-to-usage ratio also expanded, going up from 12 per cent to 14.8,” it said in a note yesterday, adding that there were no signs of pressure easing on the high inventory level as demand is expected to be softer during the winter period.

“The main concern is whether palm oil stocks would continue to stay higher as the demand outlook looks subdued at least for the next three months although oil palm trees start entering low production cycle,” it added.

CPO exports fell 12.9 per cent year-on-year (y-o-y) to 1.37 million MT, dragged by all major consuming countries except India, which grew by 144 per cent. It is understood that demand is relatively weak during the winter period as palm olein (cooking oil) cannot stay in liquid form at below 25 degrees.

Public Invest Research said the unprecedented high inventory level will cap any short-term gain in CPO prices and likely bring mounting pressure in the beginning of 2019.

Year to date, CPO prices averaged at RM2,254 per MT and will close the year averaging around the RM2,230 per MT level as current spot price is trading steeply lower at RM1,735 per MT.

Meanwhile, researchers with Kenanga Investment Bank Bhd (Kenanga Research) believe that CPO production has likely reached its peak in October and started to slow down in November.

In a separate report, Kenanga Research expect this trend to continue for the month of December as we enter the height of the monsoon season in the East Coast and Sarawak, followed by a sharp seasonal drop in January.

“As such, we forecast December output to fall by 6.4 per cent month-on-month (m-o-m) to 1.73 million MT, representing the median of 2015-2017’s December decline,” it said. “Meanwhile, we believe December exports volume would inch down by 1.4 per cent m-o-m to 1.36 million MT on seasonality.

We expect CPO prices to recover to RM2,200-2,250/MT level in January on seasonal production slowdown and higher festive demand.

“We expect to see weaker corporate earnings reported in 4Q as we see no signs of recovery given the current high inventory levels. Based on Cofeed data, China palm oil import is expected to be weaker in Jan as manufacturing activity slows down during the long Chinese New Year Holiday.”