Thursday, August 6
You are at:Home»News»Anwar arrives in town as vote for PKR Sarawak chairperson gets underway 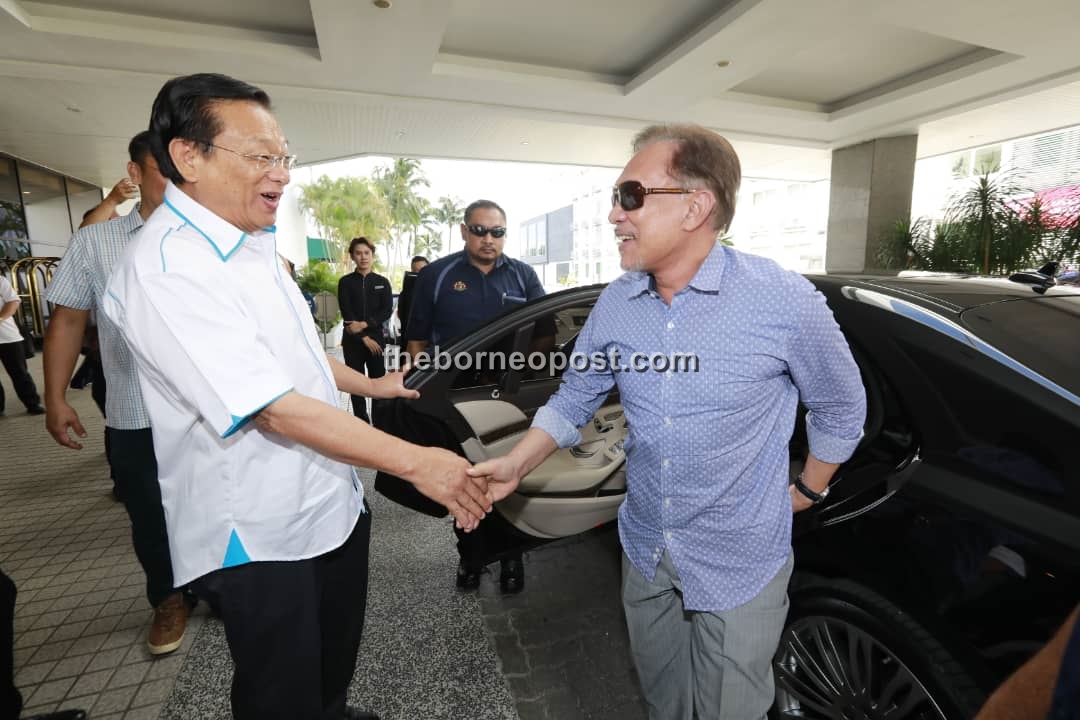 KUCHING: Parti Keadilan Rakyat (PKR) president Datuk Seri Anwar Ibrahim arrived today for a meeting at Hilton Hotel in Kuching to take part in the voting process to decide on the chairperson for PKR Sarawak and members of the state committee.

The meeting will see a total of 29 division chiefs from throughout Sarawak sitting down together after a stormy party election.

Works Minister Baru Bian is expected to defend his chairmanship.

Baru has been PKR Sarawak chairman for three terms.

There has been intense but friendly lobbying for the position, and the results of the vote are expected to be known in the next few days.