Monday, February 17
You are at:Home»News»Court»Kim Jong-nam murder: Dec 18 set for decision on notice of motion 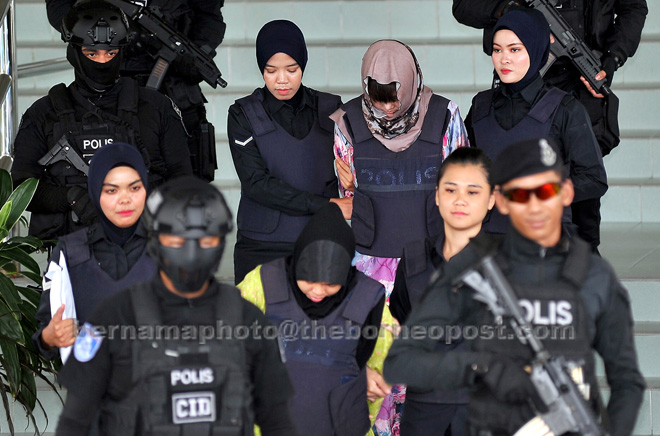 Siti Aisyah (front) and Doan being escorted from the Shah Alam High Court by police personnel in this file photo. Bernama Photo

SHAH ALAM: The High Court here today fixed  Dec 18 to decide on the notice of motion filed by the first accused in the murder of Kim Chol or Kim Jong-nam, the estranged half-brother of North Korean leader Kim Jong-un, to compel the prosecution to provide copies of cautioned statements made by witnesses to the defence.

Judge Datuk Azmi Ariffin fixed the date after hearing submissions from both parties.

On Nov 7, the defence representing the first accused, Siti Aisyah, 26, filed the notice of motion seeking the court to direct the prosecution to produce them with copies of statements under Section 112 of the Criminal Procedure Code (CPC), made by seven prosecution witnesses to the police.