Saturday, January 29
You are at:Home»Business»Avoid U-turns or risk pushing investors away — MIA president 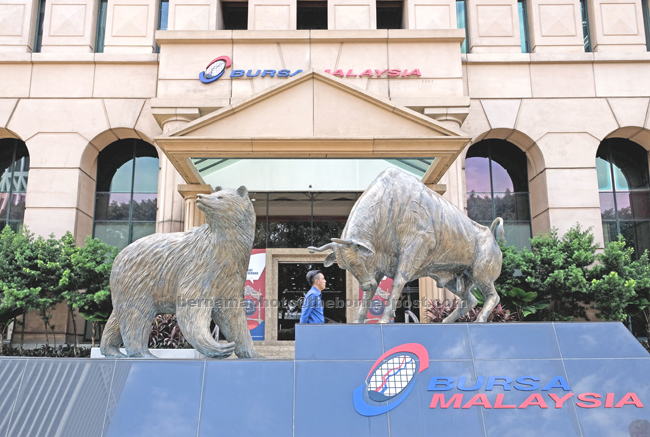 KUALA LUMPUR: The country’s trade and investment has been vulnerable to internal and external factors since 2017, which led to many investors staying on the sidelines.

It was particularly so during the pre- and post-14th General Election period, although the dust has largely settled now and the country’s direction is much clearer.

For the investors’ perseverance and patience, it is critical for the government to provide an accommodative environment for them and avoid making too many U-turns that can affect their confidence to make long-term investment decisions, said Malaysian Investors’ Association (MIA) president Ho Choy Meng.

“The market can accept U-turns if the initial directions were wrong.

“But too many U-turns affect investors’ confidence to make decisions and many costly mistakes could not be reversed,” she told Bernama in an interview.

She said MIA also foresaw a challenging environment next year with many external and internal factors affecting investment sentiment.

Ho related that many traders had actually quit the stock market ahead of May 9 election and were thankful that they did not leap into Bursa Malaysia immediately thereafter, instead awaiting for fresh leads to make investment decisions.

“The figures are not encouraging. The many scandals and corruption cases have put a damper on investor sentiment, including the 1Malaysia Development Bhd losses and the astronomical government-linked companies’ salary packages despite mounting losses.

“The unprecedented amount of thefts due to corruption and other forms of financial leakages is truly shocking.

“Investors are still reeling from the shock of the incompletely calibrated trillion ringgit (debt and liabilities),” she explained.

However, Ho pointed out that based on MIA interactions with many foreign mission spokespersons operating in the capital city, foreign interests remained firm as they were very pleased with the peaceful and non-disruptive transition to the new government.

“Every time, they assured Malaysians that their countries would return to investing in our industrial sectors and may increase their quantum of investment,” she said.

According to Ho, external factors are detrimental to the country’s economic growth.

She said Malaysians had experienced the adverse consequences of the weakened ringgit against the US dollar and other global currencies, citing that the ringgit had weakened to 4.1640 versus the greenback as at Dec 7, 2018, compared with an exchange rate level of 4.0594 at the start of the year.

Reminding local business entities not to be complacent for the long term, she said the recent positive news and economic reports complimenting Malaysia’s economic position had failed to lift the benchmark FBM KLCI to new heights.

“So it looks like our stock market performance would remain lacklustre until the much anticipated year-end window-dressing when individual counters endeavour to prop up their counters to close at a much higher notch to reflect a better picture in their annual reports,” Ho said.

She also said that MIA disagreed with Moody’s Investors Service’s positive assessment of Malaysia’s economics prospects, especially in regard to the phrase “globally competitive manufacturing and services sectors.”

According to her, MIA believes that Malaysia is slowly losing its competitive edge vis-a-vis other regional ASEAN countries – notably, Vietnam and Indonesia – which have overtaken Malaysia in attracting a fair share of foreign direct investments.

“Investors expect capital gains. They look forward to substantial dividend payments from the counters invested in.

“There were many disappointments, shockingly coming from Telekom Malaysia and KLCC Property, their performance being so bad that their spots in the FBM KLCI are now being replaced by AMMB and Top Glove.

“Yet, before investors wholeheartedly welcomed one of the new entrants, unfavourable reports had broken out,” she lamented.

However, it will all depend on investors’ confidence, political stability and minimum policy changes or flip flops in government policies to minimise disruptions to long term business operations.

“Counters that need to be looked into next year are insurance and healthcare-related stocks,” she added.

As for the recent fracas at the Sri Maha Mariamman temple, she cautioned that market sentiment and confidence were fragile commodities which must be handled with care.

“After seeing the Pakatan Harapan government’s first 100 days in office, investors have adjusted their investment policies to accommodate the new paradigm.

“Then the Mariamman temple incident, involving the tussle between the new owner and the old temple care-taker, was exploited into a huge racial clash. The skewed reports and malignant presentation of twisted facts could and would affect investors’ confidence in putting their money in Malaysia,” she pointed out.

Meanwhile, the Federation of Malaysian Manufacturers (FMM) President Datuk Soh Thian Lai said the recent riot was not business or investment related; hence it should be viewed as an isolated case of misunderstanding relating to relocation from a private land.

“As such, FMM is of the view that business sentiment is not affected and does not see investors leaving Malaysia or changing their perception on Malaysia going forward due to this matter,” he added.

However, putting that aside, Soh noted that the federation had had a deeper engagement with the government on some of the outstanding and new issues which would further ensure a more conducive business environment for the industry.

One such example is on energy costs. He said gradual and sufficient notice on subsidy rationalisation for natural gas was necessary as there was an indirect impact on electricity tariffs.

“Apart from that, the government must regulate the logistics sector, as it would address the issue of unilateral imposition of numerous ancillary charges on shippers by logistic service providers and depot operators,” he added. — Bernama