Wednesday, September 28
You are at:Home»News»Sabah»Citizen to celebrate Eco-Tour exhibition at Suria Sabah 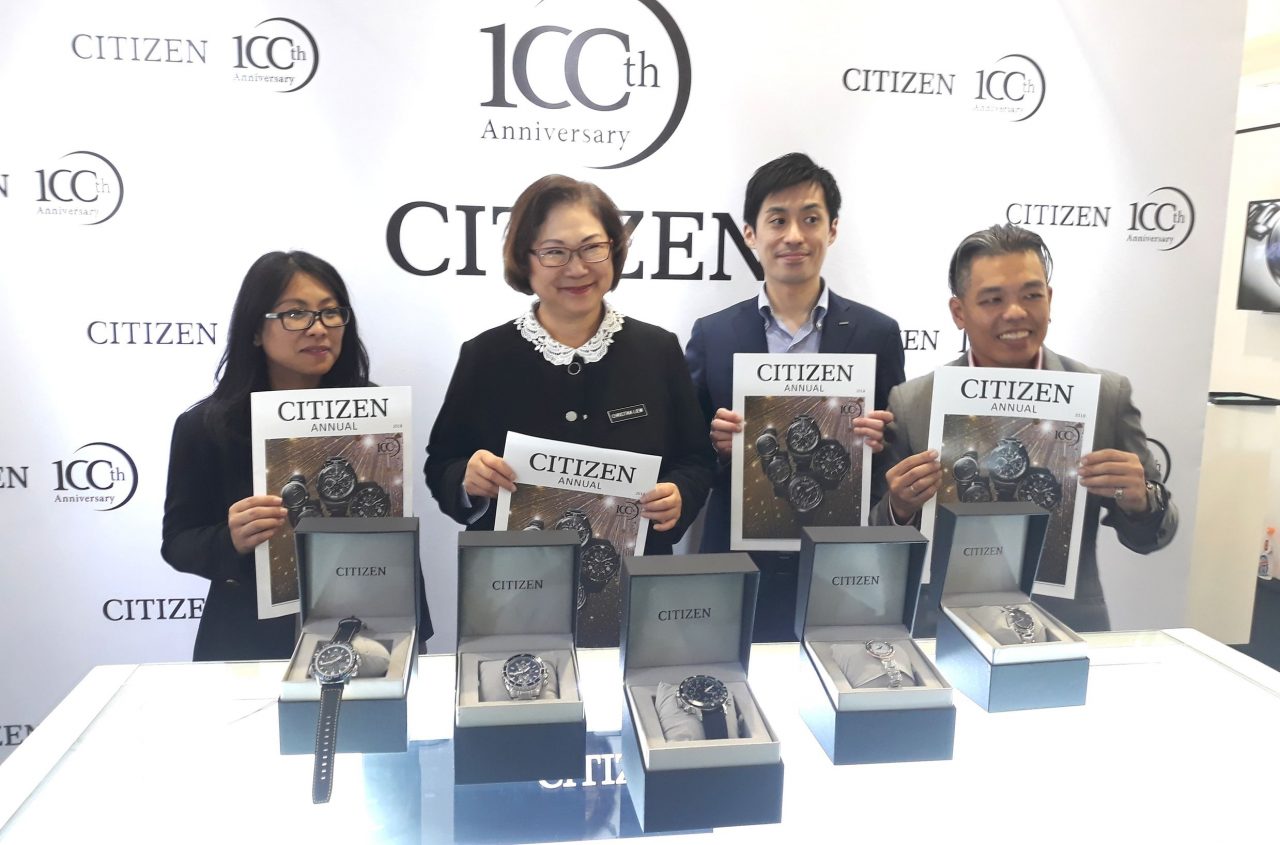 Zentrix (right) after handing over the Citizen timepieces to Christina (second left), witnessed by Noredah Othman of STB (left) and Hiramatsu Kyo Suke of Citizen.

KOTA KINABALU: Citizen Watches (Malaysia) Sdn Bhd is celebrating its final leg of the Eco-Tour exhibition at Suria Sabah Shopping Mall, from December 19 to 26 in conjunction with its 100th anniversary.

The first of its kind by Citizen, the exhibition was also held in Penang, Kedah and Sarawak to increase awareness on eco-friendly practices.

Citizen (Malaysia) consultant Zentrix Chiu said Sabah was chosen as the finale of the tour due to its established eco-policies as a leader in conservation, with eco-tourism now as its top agenda.

Besides celebrating the milestone of watch-making, Zentrix said Citizen also wished to improve awareness on its Eco-Mission in different states of Malaysia.

“Whether it is in domestic or international markets, Citizen believes in supporting causes that promote eco-friendly measures by individuals and organisations.

“Sabah derives more than 30 per cent of its revenue from tourism and is recognised as a top conservation destination around the region, thanks to its policies and will power to convert from a lucrative timber state decades ago to a tourism-focused one.

“In recent years, the strong effort to promote eco-tourism in Sabah resonates very well with Citizen and our Eco-Drive concept, which aims to achieve the same positive effect on the environment,” he added.

Through its partnership with Citizen, the State receives incentives in the form of watches to be given to international tourists, prize money for the BEFF film contest and timepieces to be awarded to Eco-Green citizens who had contributed throughout the year.

“Continuous efforts by STB to meet its international tourist arrival target for 2019 would be supported by Citizen with an exclusive one-off sponsorship of five timepieces worth a total of RM12,390.

“These timepieces comprise three Promasters and two Citizen Ls, which would be open to any international tourist arriving between January 2019 to December 2019.

“Citizen would also be sponsoring RM3,000 in prize money for the winner of the BEFF ‘Boleh Bah Filem Kita!’ contest, in the Renewal Energy category, to attract more entries in 2019.

“In addition, five more timepieces worth a total of RM8,160 would be awarded on Christmas Day to acknowledge Eco-Green citizens who contributed in 2018. Winners would be nominated by STB, BEFF and Sabah Environmental Protection Department, bringing more festive cheer to the local community and encouraging ‘Eco-Green’ practices.

“The final incentive goes out to members of the public who attend the Citizen Eco-Tour 2018, where they would be treated to a fully sponsored experience of assembling their own timepiece.

“On top of that, a 40 per cent discount on selected Eco-Drive models, while stocks last, would also be available from December 22 to 24 for those who declare to adopt Eco-Friendly practices,” said Zentrix.

She welcomed parties with interest in developing eco-tourism in the State, as it would be beneficial not only to its people but also the environment, in the long run.