Wednesday, July 8
You are at:Home»Columns»Just another point of view»In praise of our public health services in Sarawak 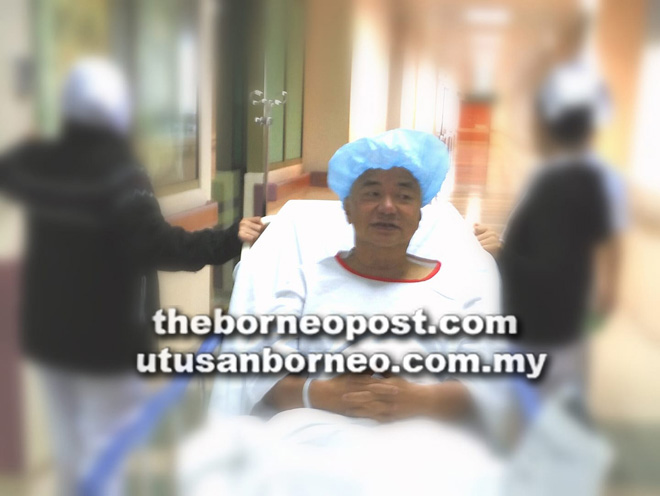 On Wednesday 19th December 2018, I approached the car park of the Jalan Masjid Policlinic in Kuching with the usual gloom and doom expecting a long line of cars and a packed parking lot, and that the tolled multi-storey car park next to it won’t be much different.

However things turned out to be totally different. I was lucky enough that not one, but two cars were just vacating their spaces and I even had a choice of one with some shade!

I got there at 10.05 am and left around 11.30 am, just under an hour and a half. This was rather miraculous as during this short 95 minutes I was attended to at 7 different counters and had 3 procedures done!

It was my bi-annual general medical check-up having been discharged by the Sarawak Heart Centre a year previously. They had looked after me for the first 12 months after my triple CABG heart bypass procedure exactly two years ago in November 2016.

On Wednesday, I was there for my general medical – they took my blood sample a couple of weeks earlier; so the doctor had gone through the results; together with a new chest x-ray and a full ECG as well as a comprehensive eye inspection and test.

It seems that I am now as fit as a fiddle! The bad news was that whatever weight I had lost two years ago has been put back (must have been all those beers and wines as well as the laksa, curries, cheese and the “good life”!)

After I had driven off from the polyclinic I had thought to myself – how much would all that have cost me if I had gone to a private facility? I can safely reckon a figure rather close to RM2,000 would have been my bill. I hadn’t paid one sen.

Most of the time we hear of, read about and sometimes even bear witness to the not so great things that our public health services have been and are still guilty of. The long frustrating queues of patients, non-existent parking spaces, over-crowded facilities, shortages of beds, rude staff,  inattentive or ineffective medical consultants, specialists and doctors.

This is certainly true as with any other public service or facility – from education to public works to telecoms and to whatever you can name.

Today, writing this I  can personally testify to what I have experienced and seen at five of the public health facilities that we have within the greater Kuching area – the Sarawak General Hospital, the Specialist Centre, the Sarawak Heart Centre, the Batu Kawah/MJC Polyclinic and my current one the Jalan Masjid Polyclinic.  The Ministry of Health had only recently re-zoned and re-organised themselves – every patient on record now must go to the one nearest to where they currently reside. Apparently this was always the case but some patients had taken it upon themselves to go to the one most convenient to them, or the one that they heard had the shortest queues or the friendliest staff (or they know someone there personally!)  This had obviously created some sort of disorder and uncontrollable system as patients had kept changing their dedicated polyclinic at will.

The current system seems to work very efficiently. There are still long queues at some, especially at the Specialist Centre; and it is not helpful for those who reside some distance from Kuching to keep going back every month just to fulfil their medical prescriptions at the pharmacies.

I had noticed that all the health facilities have been kept clean, are nicely cool and comfortable and the PA systems actually work most of the time.  Their seating capacities are adequate, there is light muzak over the PA system and even television is screened.

The best improvement over the years that I’ve noticed have been the general attitude and demeanour of the staff, be they nurses, medical assistants, doctors or specialist consultants. They are all polite, friendly, knowledgeable and quite patient with all those who are being attended to. Despite some language barriers at times, they try to either match doctor to patient for those who only speak one language, or an assistant helps interpret. They appear to me to be caring as well – at the same time, not just ‘doing their job’ and getting the consultation over and done with, but with a genuine attention to their attended patient at hand. This I find to be rather moving. Up till this day I have not witnessed a single doctor or nurse who had behaved otherwise.

Having said all that there are two areas in the Sarawak General Hospital and the Sarawak Heart Centre where sometimes tempers can become rather short, and patients have been known to be argumentative and demanding or even rude and impatient. This is at the A&E  (Accident and Emergency) and the ICU (Intensive Care Unit).  Unfortunately as to be expected when it comes to a matter of life and death or at a point where possible fatality is imminent most people behave outrageously or out of the normal. Most doctors and consultants have been trained to handle such situations and they usually do.

I have personally spent more than a week during each medical procedure at the Sarawak General Hospital and at the Sarawak Heart Centre previously; and I must say that both these public health facilities with their specialist surgeons, doctors and nurses and other staff have been exemplary and have left me nothing to be desired. They are as good, if not better than those whom I have found elsewhere  (I also spent some time at Singapore’s Mount Elizabeth Hospital, so I am not speaking without personal knowledge). Their skills, the equipment and the total package facilities, and most of all their personal attention is superlative.

I am forever grateful to and dedicate this small tribute to those who had personally attended to me over the years and during my time spent in their facilities and under their care – to Datuk Dr Sim Kui Hian, Mr Jong Yuan Shun and to the many other doctors, nurses and staff of all the five facilities that I have mentioned.

Thank you, have a very blessed Christmas season and a Happy New Year!