Saturday, September 26
You are at:Home»Business»Massive changes occurring in transportation 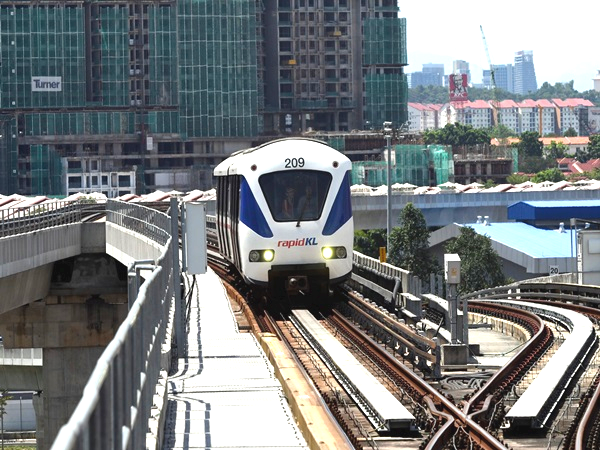 As for the RM100 unlimited travel pass for all rail services as announced in the 2019 Budget, it can only be bought by Malaysians via MyKad and MyTentera to ensure that only Malaysians will benefit from it. — Bernama photo

KUALA LUMPUR: The local public transportation sector has undergone a massive change in 2018 and this is further augmented by the new government as it is identified as one of the key targeted areas for ‘refurbishment’.

A number of mega transportation projects initiated by the previous government have either been postponed or reevaluated after the Pakatan Harapan took over the reins of the country from Barisan Nasional following its historic 14th General Election victory in May.

These include the Malaysia-Singapore High-Speed Rail, East-Coast Rail Link (ECRL), and Mass Rapid Transit (MRT) projects, among others.

As negotiations among related parties are still ongoing, the ECRL is the only mega project whose future still hangs in the balance, while the others have been postponed as Putrajaya claimed lack of funds to proceed according to the original timeline.

“There is no final decision as yet, as they are still looking at factors like cost and other implications. As of now, we just have to wait for the review,” he was quoted as saying in a report.

For the MRT 3, the government has yet to identify a suitable time to kick off the project due to financial constraints and even the MRT 2 project cost had been slashed to RM30.53 billion from RM56.93 billion through reduction in the number of stations to be built from the original 35 to 33, as well as the cost for the underground portion.

Based on statistics, the existing MRT Line 1 recorded 146,842 commuters out of a 450,000 capacity between January and May this year

Loke said the postponement of the MRT 3 project gave the government an opportunity to review its budget priority such as giving focus to improving bus services and infrastructure development throughout the country.

The Transport Ministry has no intention of scrapping the MRT feeder bus service right now, instead it is planning to integrate it with other bus services, as well as rolling out monthly passes for next year.

The minister saw the need to invest more in public transport and the MRT integration with the transit bus system for better serviced areas near the stations.

However, the lack of seamless public transport is a perennial problem in major cities throughout the country and is not just confined to the Klang Valley.

Hence, a more practical method of improving public transport in these areas is by putting more buses on the road.

As for the RM100 unlimited travel pass for all rail services as announced in the 2019 Budget, it can only be bought by Malaysians via MyKad and MyTentera to ensure that only Malaysians will benefit from it.

Since July 12, all e-hailing companies must register with the Land Public Transport Commission (SPAD) as a mediation business and have to pay an annual fee of RM115 like taxi drivers.

Following the merger of Grab and Uber in March, the government will also review any element of monopoly of e-hailing services through the Malaysia Competition Commission.

This was reflected through the lower tollable revenue reported by highway operator Lingkaran Trans Kota Holdings Bhd of LITRAK in the first half of this year which was 1.85 per cent lower than the same period last year.

“We note that the RON95 petrol subsidy for owners of cars with engine capacity of 1,500 cc and below, tabled during the 2019 Budget 2019, could suppress the shift of people opting to commute by MRT and LRT and thus, limit the compression of road traffic growth,” he told Bernama.

The research firm reckons that the 30-day unlimited Rapid bus and rail passes for Malaysians would spur higher usage of public transport, especially in the Klang Valley.

“Taking these into consideration, we have forecast only a 0.3 per cent and 1.5 per cent year-on-year increase in traffic volume for the LDP and SPRINT and this was on the pretext of the influx of last-mile-delivery players in the wake of e-commerce activities, especially in the Klang Valley,” he added. — Bernama