Saturday, September 26
You are at:Home»Business»Mixed outlook for CPO prices next year 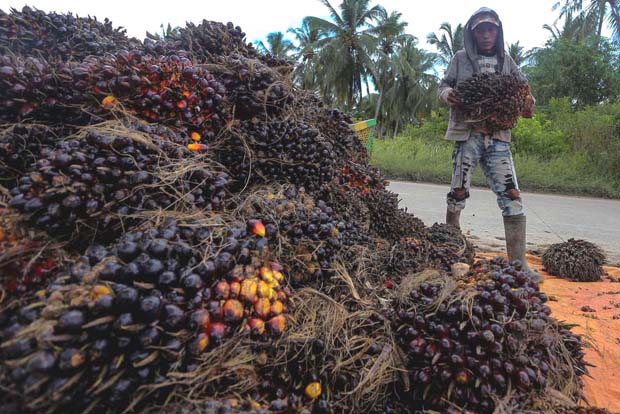 A successful implementation of the biodiesel mandate in Malaysia (B10) and Indonesia (B20) could potentially flush out the excess palm oil supplies next year as current biodiesel margin becomes commercially viable even without subsidy.

KUCHING: Analysts across the board have mixed opinions on the outlook for crude palm oil (CPO) prices in 2019, citing unfavourable cost structures, an upcoming implementation of sustainability rules as well as inventories and production factors coming in to play.

In a sector outlook, the research arm of Public Investment Bank Bhd (Public Invest Research) believed a successful implementation of the biodiesel mandate in Malaysia (B10) and Indonesia (B20) could potentially flush out the excess palm oil supplies next year as current biodiesel margin becomes commercially viable even without subsidy.

“In the near-term, CPO futures are likely to trade in the range of RM2,000 to RM2,100 per MT due to weak demand from China with the long holiday period during the Chinese New Year celebration.”

“We project that palm oil inventories to stay in the range of 2.7 to 2.9 million MT during the first quarter of 2019 as demand from China remains subdued while Indonesian counterparts will be more aggressive in flushing out their high stock levels.”

However, Philip Futures analyst David Ng told The Borneo Post that next year, his team is looking at CPO prices to trade between RM2,100 to RM2,700 with an average price of RM2,300.

“We are more optimistic about the outlook for next year compared to 2018 given the strong fundamentals, mainly led by declining production rates as well as overall inventory levels,” he told The Borneo Post.

“Higher biodiesel consumption for both Malaysia and Indonesia will gradually reduce overall stockpiles in their respective countries. The risk of El Nino weather could also be a potential price catalyst next year as this will disrupt production pattern in general, and is price supportive.”

MIDF Amanah Investment Bank Bhd (MIDF Research) was also of view that the existing landscape would not lead to a recovery in CPO price.

“We are anticipating higher soybean supply, especially from Argentina, to lead to weaker soybean price which could pressure CPO selling price,” it said in a separate sector predictions report.

“Meanwhile, the elevated inventory level of palm oil in Malaysia and Indonesia would still act as bane to CPO price.”

“Given the less sanguine CPO environment, we are forecasting a lower CPO price of RM2,280 per MT for 2019 from RM2,430 per MT previously. All factors considered, we are reiterating our neutral call on the sector.”

On a more positive note, MIDF REsearch said there could be some recovery in export demand from India in anticipation of lower import tariff in 2019.

To note, India is the largest buyer of Malaysia and Indonesia’s palm products, accounting for 14.7 per cent of Malaysia’s palm exports in the first ten months of 2018.

This is pursuant to the Asean free trade agreement and the Malaysia-India comprehensive Economic Cooperation Agreement (MICECA). India’s Soybean Processors Association has requested the government to keep the import duties at current levels.