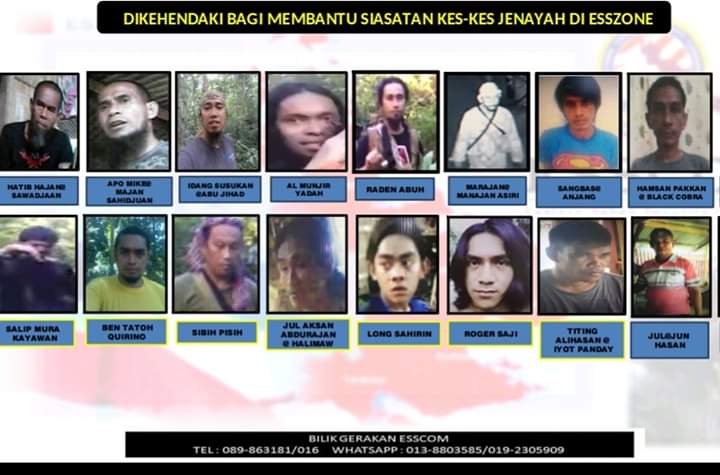 Photo of 18 individuals who listed as wanted person.

In this regard, member of public urged to convey any information to ESSCom and security forces to locate those individuals and take appropriate action in efforts to maintain the security in Sabah east coast.

“This latest list of wanted person who believed involved in planning several cross border crimes and still active was issued following our investigation also verification from the Philippines security forces,” he said.

According to Hazani, since June 2016, ESSCom has issued a total of 45 wanted person and off the number, 29 of them have been neutralized and taken out from the list, either shot dead or turn themselves to the Philippines authority.

Hazani added that puboic who have information on those individuala to contact ESSCom operational room at 089 863181 or Whatsapp to 019 2305909 or come to the nearest police station for further action.