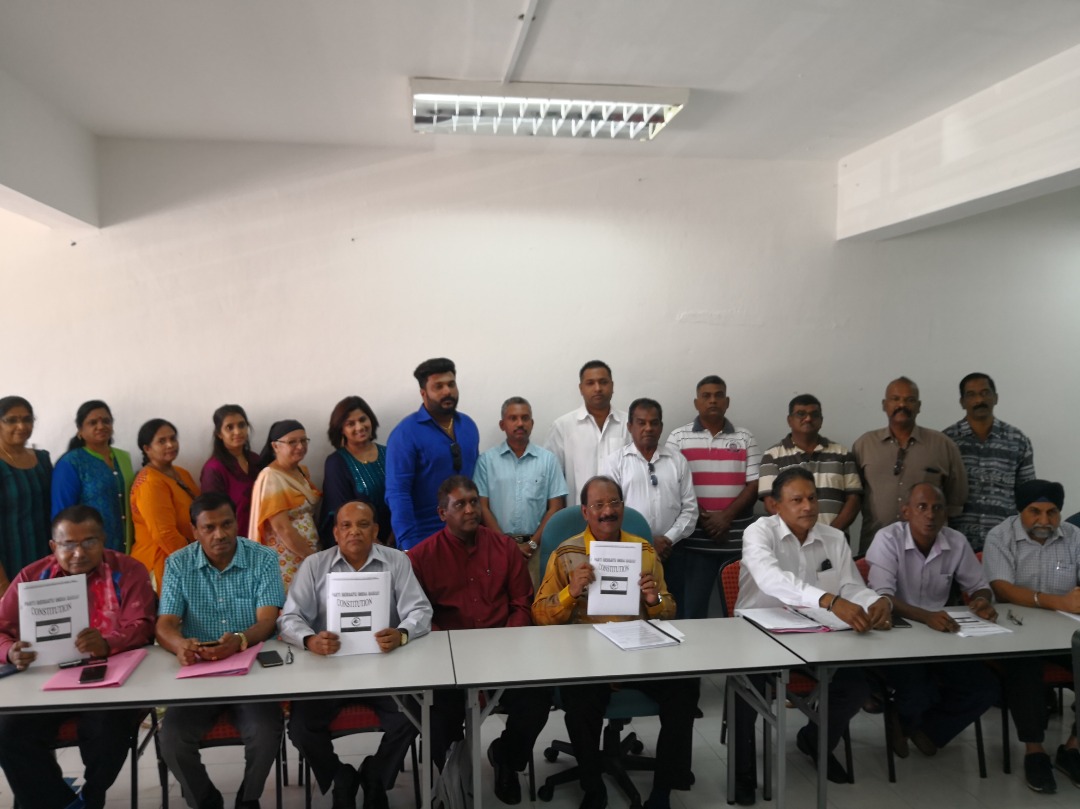 Jothi (5th from left) and the members of PBIS protem committee.

KOTA KINABALU: The Indian community in Sabah will soon have a local based party to champion their rights and welfare.

Speaking to reporters after the protem committee’s meeting here today, Jothi said that PBIS was set up in response to calls by members of the Indian community in Sabah.

Jothi pointed out that MIC Sabah ceased to exist following the resignation of all its leaders in the state liaison committee last year.

“The political scenario in Malaysia has changed and as a result of that, I resigned in July last year and MIC Sabah leaders followed suit. However, most of them agreed that the Indian community in Sabah still need a platform to look after their welfare.

“So we decided to set up Parti Bersatu India Sabah and submitted our application to the Registrar of Society (RoS) on August 29 last year. We have been made to understand that the application is at the final stage for approval,” he said.

Jothi said PBIS will be a government friendly party both at the state and federal level.

“Because we are very small party we have to go in tandem with what the State Government is doing and Chief Minister Datuk Seri Shafie Apdal is very accommodating.

“He is a Chief Minister for all races and we will be paying him a courtesy call as soon as the approval from RoS is received so we can explain to him what are PBIS’ objective and role,” said Jothi.

Jothi also pointed out that in the past, as MIC Sabah, they had to go through the central leadership to get issues resolved.

“With this newly-formed party, we can go direct because as a president, I together with the committee members can make decision and take it up directly with the Federal Government or any of its cabinet ministers,” he stressed.

Jothi is optimistic that RoS will be giving its approval to PBIS as the party is sincere about its objectives and vision and he added, “we want to work with everybody.
We want peace, unity and to make sure we can work together so that the Indian community can benefit socially, culturally and educationally. I think this is the best platform for the Indian community in Sabah.

“By forming this party we can take care of the welfare of the Indian community in Sabah and follow up on unresolved issues that were brought up by MIC Sabah such as the matter involving the Migration Fund Board Workers and land for temples,” he said.

At the same time Jothi, on behalf of the Indian and Hindu community in Sabah expressed their gratitude to the Chief Minister for giving allocation totaling to RM100,000 to three temples in the state.

On the issue of membership, Jothi disclosed that there are about 10,000-12,000 Indians in Sabah, most who were with MIC Sabah in the past.

“We are not going to force anybody to join us but if they feel that this party is relevant, they should come and join,” he said adding that membership is also opened to spouses of those married to a member of the Indian community as well as their children.