Monday, January 24
You are at:Home»News»Court»Court allows Musa Aman to seek treatment in London 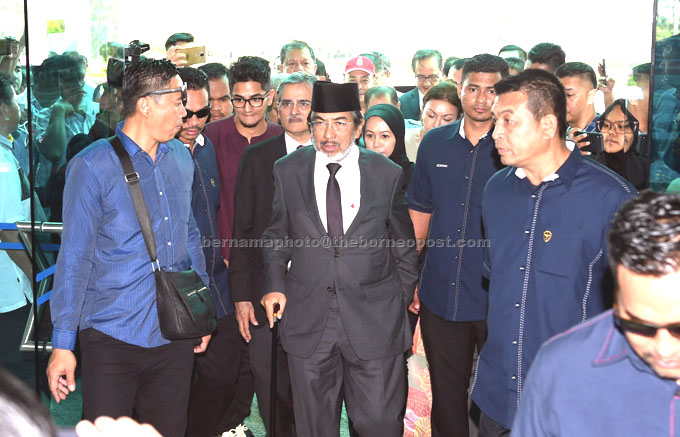 KUALA LUMPUR: The Sessions Court today allowed an application by former Sabah chief minister Tan Sri Musa Aman to release from Jan 15 to Feb 10 his impounded international passport to enable him to seek treatment in London.

Judge Rozina Ayob allowed the application on condition that Musa would travel only to Singapore and London during that period, otherwise, he faces forfeiture of the bail.

“The accused must furnish to the court the address of his accommodation in Singapore and London before the passport can be released,” she said.

Rozina also ordered Musa to return the passport by Feb 11 at the latest, and said the surety was required to be responsible for the accused and know of his whereabouts.

The court also allowed an application by DPP Datuk Raja Rozela Raja Toran for the imposition of a temporary bail of RM200,000 in two sureties for the release of the passport, with the bail sum to be returned upon Musa’s surrender of the passport to the court after he is back from treatment.

Rozina ordered Musa to report to the Malaysian high commission in London earlier if the day that he was required to do so was a public holiday.

“For example, if the third day is a public holiday, the accused must report on the second day, earlier not later,” she said when responding to a question on the matter from counsel Ridha Abdah Subri.

The court then set Feb 20 for the mention of Musa’s case. Musa was also represented by counsel Francis Ng Aik Guan and Amer Hamzah Arshad.

On Nov 5, 2018, Musa claimed trial to 35 counts of corruption involving US$63.3 million (RM263 million) in connection with timber concession contracts in Sabah. He was allowed bail of RM2 million in two sureties. – Bernama