Wednesday, August 17
You are at:Home»News»Sarawak»‘Urban folk need to reconnect with rural roots’ 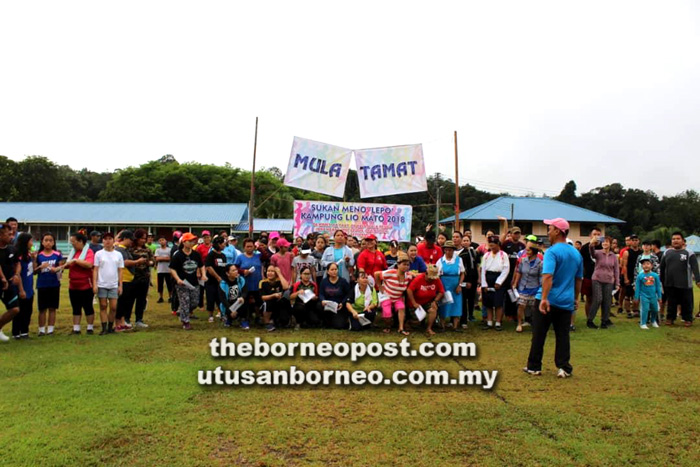 Participants get ready for the 5km Fun Run. 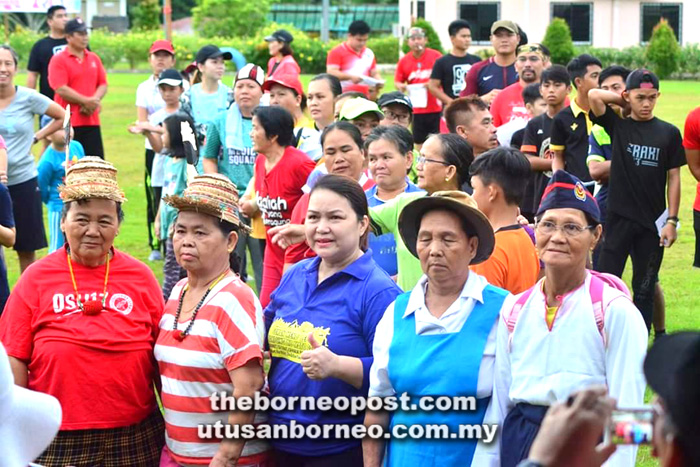 MIRI: Those who have settled in the urban areas in Sarawak should go back to their home villages or longhouses once in a while, and reconnect with their roots.

This was what members of Kampung Lio Mato security and development committee (JKKK) strove to highlight during the ‘Sukan Meno’ Lepo’, which took place at the village recently.

In the Kenyah language, ‘meno’ means ‘to come back’, while ‘lepo’ is ‘village’.

According to event’s organising chairwoman Annia Selalang Lawai, this year’s folk games gathered 200 participants, including villagers who have settled in many towns and cities across the country but come back to spend their year-end holidays.

“It was a great escape for them in that they enjoyed the sports events, including some folk games, run throughout the one-day carnival. It’s a really fun time for them, considering that they could only come back to the village once in a while.

“This is what we, the organiser, set out to achieve – for them to never forget where they came from, even if they’ve settled somewhere else.

“It’s important for all of us to always strive to reconnect with our roots,” she said.

Annia also believed that the hosting of such an event could reinforce the spirit of unity among them and at the same time, uphold and preserve the culture and identity of the Kenyah community.

“Apart from the 5km ‘Fun Run’, an aerobics challenge, hula-hoop race and a ‘field bowling’ game, we also ran the ‘Datun Julut’ (Kenyah traditional long dance) competition, as well as the traditional singing and single-dancing contests,” she said.

Kampung Lio Mato is one of several Kenyah villages in Ulu Baram, and is reachable from Miri via a seven-hour journey on board four-wheel drive vehicle.

It is under the jurisdiction of Mulu state constituency and Baram parliamentary constituency.