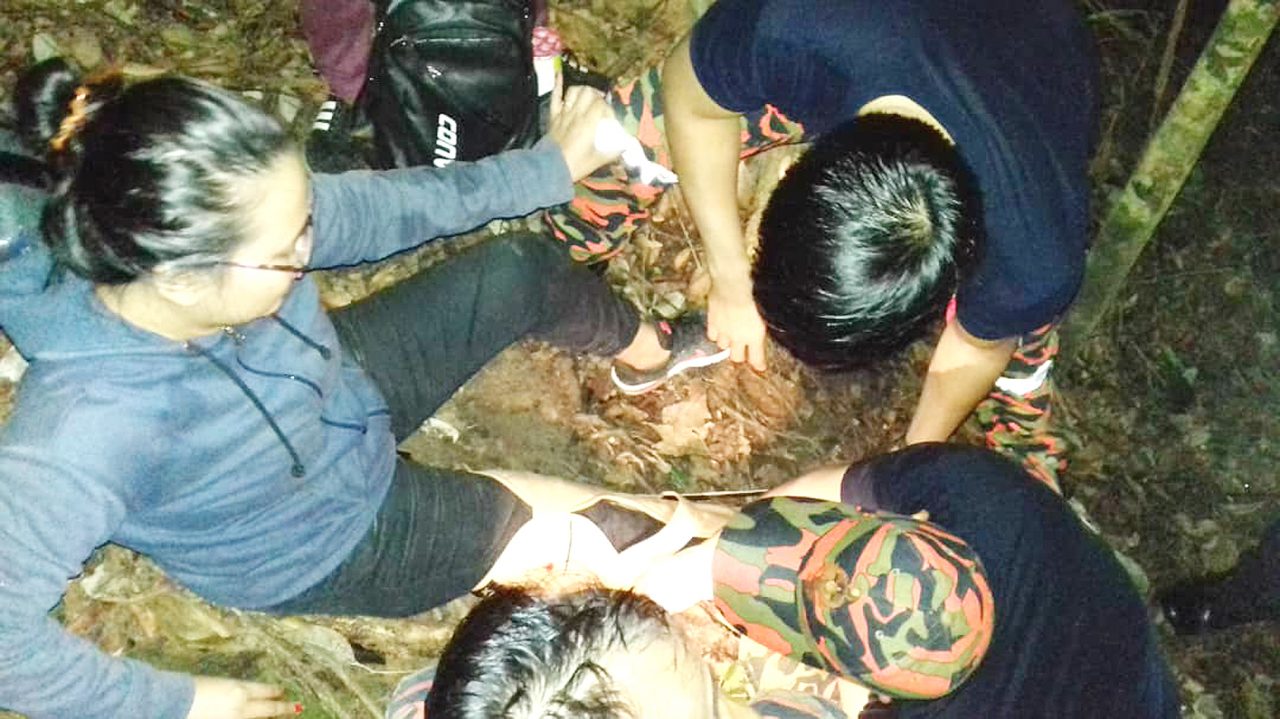 Firefighters attend to the injured woman before they brought the hikers down safely to the base of the mountain.

KUCHING: Three hikers stranded while climbing down Mount Santubong here were safely brought down at 10.30pm on Friday.

Fire and Rescue Department (Bomba) spokesperson said the department received a distress call at 5.10pm about the incident.

A nine-man team from Petra Jaya fire station led by its station chief Tan Min Chai was deployed to the scene.

The team found the stranded group comprising two men and one woman upon arriving at the F5 checkpoint of Mount Santubong. The 26-year-old woman was injured on her right leg. The two males, one of whom was the woman’s brother, were not injured.

The rescue team brought the victims down, reaching the base of the mountain at 10.30pm.

The injured woman was then handed over to the EMRS unit and taken to the Sarawak General Hospital (SGH) for further treatment.