Thursday, January 20
You are at:Home»Business»Private consumption, services sector to grow in 2019 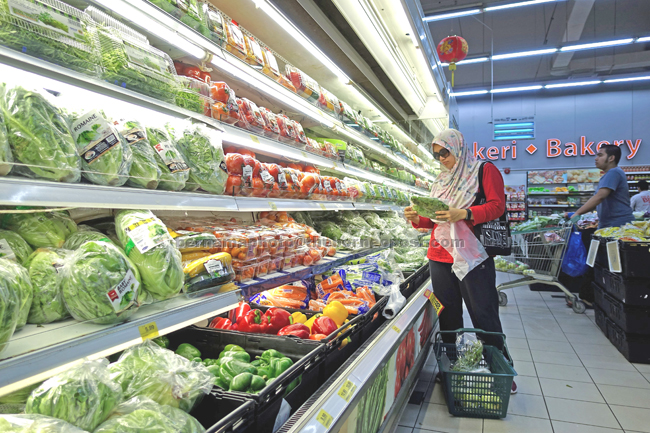 The strong momentum in distributive trade will translate into solid growth for private consumption and services sector thus will drive Malaysia’s economy into a good position in 2019, analysts say. – Bernama photo

KUCHING: Malaysia’s private consumption and services sector are expected to grow at 7.5 and 6.2 per cent, respectively, for 2019, analysts observed.

MIDF Amanah Investment Bank Bhd’s research team (MIDF Research) in a recent report, commented: “We estimate private consumption and services sector to grow at 7.5 and 6.2 per cent respectively for 2019.

“Encouraging trend of distributive sales in 2018 is expected to continue for 2019 supported by economic conditions such as strengthening labour market including more job creation and wage growth on top of upbeat tourism activities.

“The strong momentum in distributive trade will translate into solid growth for private consumption and services sector thus will drive Malaysia’s economy into a good position in 2019.

“Moreover, clearer direction of the economy and supportive policies such as targeted petrol subsidy with RON95 to be capped at RM2.2 per litre will pave the path for domestic consumption to rise steadily throughout the year.”

It said, retail sales sustained its double digit growth for the sixth consecutive months at 12.6 per cent y-o-y to RM42.9 billion in November 2018, the highest growth in three months after the reintroduction of SST.

“The solid growths could be due to higher expenses in accordance to Deepavali festival besides growing purchases from ‘Singles’ Day’ sales,” it said.

“The domestic trade performances indicate that SST has less significant impact on household consumption as consumers are adapting to it and continue spending,” it highlighted.

Looking ahead, the research team pointed out that such gradual increases are likely to continue in upcoming months.

On a side note, it said, risks to the global economy remain despite recent trade truce between the US and China as it does little to deal with the core sticking points of the duo’s economic rivalry.