Sunday, September 20
You are at:Home»Business»Analysts positive on CMS’ increased stakes in MPAS 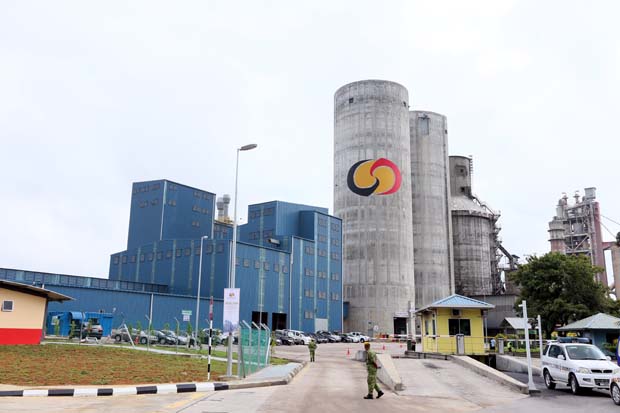 Photo shows a view of CMS’ Cement Plant at Mambong, Kuching. CMS’ increased stake in MPAS has generally been viewed positively by analysts as the acquisition a positive catalyst for its earnings the longer term.

“We consider the move as strategic considering that it will enable CMS Group to consolidate the contribution from MPAS into CMS consolidated statements. This means that investors can expect higher contribution to CMS’s revenue once the income from MPAS production line starts kicking in,” said MIDF Amanah Investment Bank Bhd’s research team (MIDF Research) in a report.

It added: “The higher exposure in MPAS will enable CMS to realise its investment in the form of positive earnings accretion, at group level.

“We expect earnings from the joint venture will start to kick in beyond 2020, when the first phase of its plant commences operation.”

While Maybank Investment Bank Bhd’s research house (Maybank IB Research) had not imputed any value from MPAS into its estimates for CMS, it did highlight that the deal could be a catalyst for the longer term.

“We gather that the project has secured its financing with Phase 1 construction set to begin, which is a positive development for CMS,” it said.

“In the nearer term, CMS remains a prime beneficiary of developments in Sarawak and rollout of key infra projects such as the Coastal and Second Link Road and the State Water Grid,” it added.

On the MPAS, the company is a JV company set up to construct and operate an integrated phosphate complex in Samalaju Industrial Park, Sarawak. According to CMS’ press statement, the construction work of the plant is currently on-going and the first phase, comprising of three integrated plants, is targeted to be completed by the end of 2020.

All in, MIDF Research said, it continued to favour CMS due to the healthy prospects in Sarawak.

“The pending implementation of infrastructure projects in the state will serve as a positive catalyst, which will enable CMS to improve its core earnings. Should tender rounds commence soon, we opine CMS is in the position to benefit given its extensive value chain and strong presence advantage.

“In the meantime, we opine the further progress of Pan Borneo Highway will benefit CMS in the form of sustainable earnings accretion in the near term,” it commented.

Both MIDF Research and Maybank IB Research pegged a ‘buy’ rating on CMS on its promising prospects.