Thursday, June 4
You are at:Home»News»Sabah»Dancing lawyers not lawbreakers 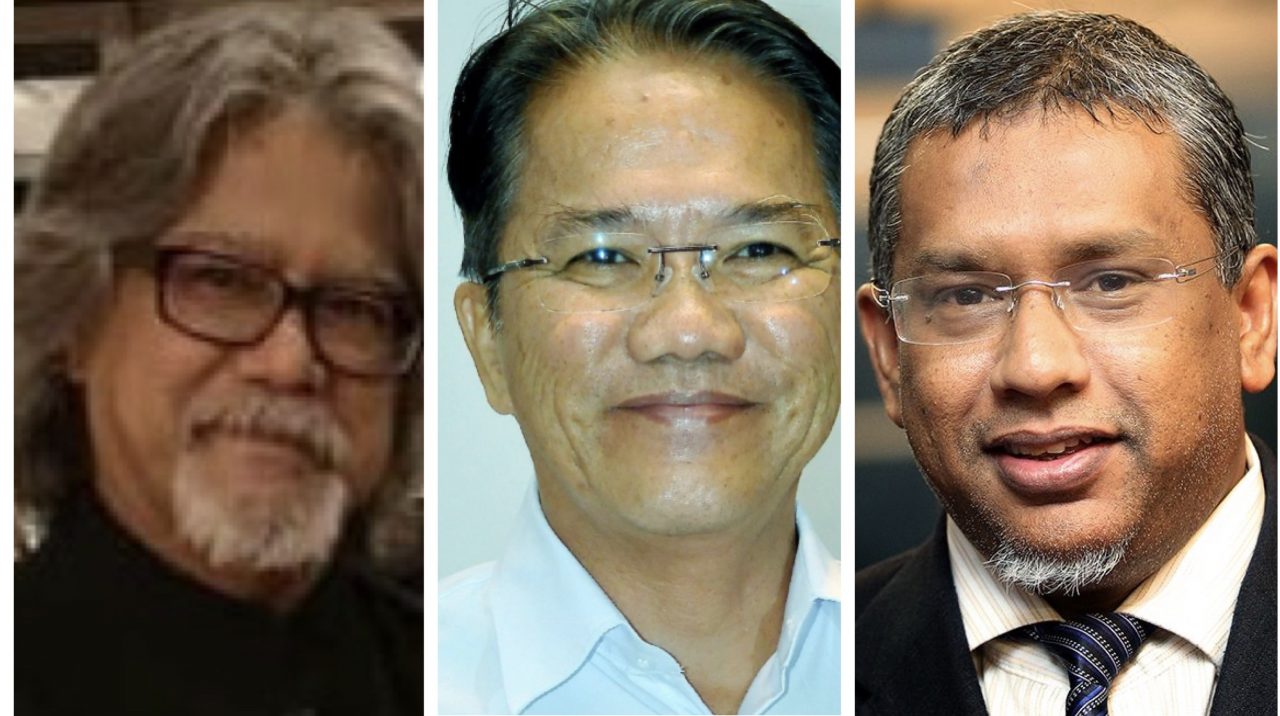 KOTA KINABALU: A senior practising lawyer said that seeing judges relaxing outside the courtroom did not mean that they have become law-breakers.

Ram Singh, a prominent lawyer who will be celebrating his 30 years in the legal fraternity and still actively practising in Sabah as a criminal lawyer, is of the view that justice is based on evidence argued and adduced in court, and seeing them dancing on stage, one should not infer that justice is being violated.

“There is no drama inside the courtroom, carrying out justice a serious job,” added Ram, when commenting on a recent video which went viral on the social media showing members of the judiciary seen dancing on stage at a dinner function following the Opening of Legal Year 2019 in Sabah.

Deputy Minister in the Prime Minister’s Department (Law), Mohamed Hanipa Maidin believed the dance had been blown out of proportion.

Hanipa said the dinner and dance were just another tradition of the legal fraternity whose other customs which are sometimes regarded as “very English” include a “call to the bar” by trainee solicitors and using expressions like “my learned friend” in court, he said in a statement yesterday.

“The dinner and dance which have been turned into a ‘hot topic’ for no reason is in fact one of these traditions. Yes, I admit it may look a bit western and seen by the ‘holier-than-thou’ as not Syariah-compliant.

“But, for me, supporting and giving ‘life’ and ‘oxygen’ at one time to a kleptocratic regime is also not very Islamic or Syariah-compliant. So please-lah, stop acting!” he added.

The video received a lot of attention on social media including from Umno Youth chief Datuk Dr Asyraf Wajdi Dusuki, who in a statement described the conduct as an embarrassment to the country’s judicial and legal system as it calls into question judicial integrity.

Liew has explained that he was invited to dance to only one song at the gala dinner with senior members of the legal community.

The Minister in the Prime Minister’s Department also revealed that the Opening of the Legal Year Gala Dinner 2019 in Kota Kinabalu, had coincided with his birthday.

“During the event, the organiser surprised me and announced that it was also my birthday. Everyone wished me happy birthday, and we celebrated together,” he told a Malay daily.

“There were also lawyers, judges and judicial officers who danced, as well as a traditional dance performance. It was not specially made for anyone,” said the Sandakan member of parliament.

Liew said he was invited to attend the gala dinner organised by the Sabah Law Society (SLS).

He said the organiser had also invited Thomas and Malanjum as well as others from the legal community.

SLS on Saturday clarified that the dinner function is an annual celebratory tradition for Sabah and Sarawak after the formal ceremonial proceedings in the morning, and was a closed-door celebration by all stakeholders of the legal fraternity.

It said the event has been held since 2001 and is “the hallmark of a mature legal community”.

Thomas and Malanjum were criticised for dancing at the said event, prompting accusations of fraternising and tarnishing the image of the judiciary.

The Advocates Association of Sarawak (AAS) has refuted any suggestion of misconduct at the gala dinner.

“We echo the views of the Sabah Law Society (SLS) president and refute any suggestion of impropriety as expressed by certain quarters of the video of members of the legal fraternity dancing on stage at the Opening of Legal Year gala dinner 2019.

“It was done in good taste and we congratulate our hosts for a job well done,” it said in a statement yesterday.

AAS president Ranbir Singh Sangha said the Opening of Legal Year for Sabah and Sarawak has been going on for many years and it was an annual event held every year alternating between the two states.

Sanga said the gala dinner was a celebratory tradition for Sabah and Sarawak, adding that it celebrated the achievements of the legal fraternity.

“We are wholly in agreement with the SLS president that the event held is the hallmark of a mature legal community and are equally as disappointed as the SLS that certain quarters are attempting to misinterpret what was a social and harmonious occasion reflective of our hospitality and politicise it for whatever reasons.

“Those who criticise may not know about the morals and ethics that are culturally held high in Sabah and Sarawak at such events,” he said.

Sanga also hoped that the legal fraternity would not feel constrained by those unwarranted and unsubstantiated criticisms to dance at future annual social events.

He said the association will continue to invite Malanjum, Thomas and judges to enter into a dance competition with advocates and other guests at next year’s Opening of Legal Year which will be held in Sarawak.

Meanwhile, the Muslim Lawyers Association of Malaysia (PPMM) yesterday said the Yang di-Pertuan Agong can set up a tribunal to take action against members of the judiciary if ethics were breached when they danced at the dinner.

Its president, Datuk Zainul Rijal Abu Bakar, said according to Article 125 of the Federal Constitution, a complaint about breach of ethics should be lodged with the prime minister who will present it to the King for action to be taken by the chief justice.

“However, (in this case) the chief justice himself cannot adjudicate the complaint as he himself was present at the event,” he said in a statement.

“The Yang Di Pertuan Agong can set up a tribunal if a representation is made by the prime minister for a judge to be sacked for breach of ethics or for other action to be taken under the law if termination is not applicable.”