Wednesday, February 19
You are at:Home»News»Sabah»Father and son hurt after car rams into stalls 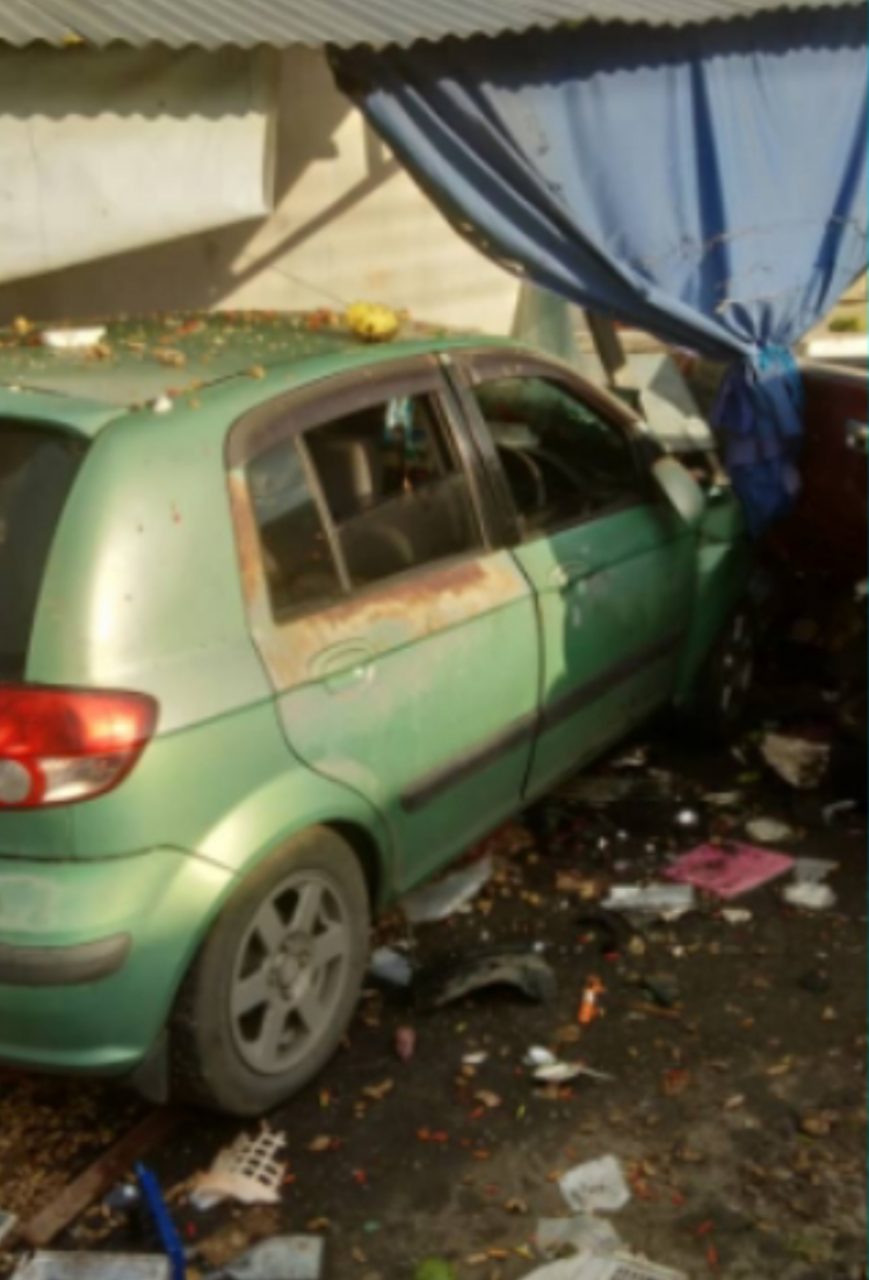 The Hyundai Getz at the scene of the accident on Sunday.

TAWAU: Two pedestrians were hit by a car at 4pm on Sunday at the stalls at Mile 5 Kinabutan Road, Apas.

The 48-year-old man broke his left leg while his three-year-old son was unconscious.

District police chief ACP Fadil Marus said the 65-year-old Hyundai Getz driver was on the way  from a mosque  to his house at Mile 5, Apas Road. As the driver was going through a narrow street with stalls on both sides, he stepped on the accelerator instead of the brake to slow down. Due to his carelessness, he lost control of his car and rammed a stall and the victims.

Two stalls were damaged in the accident and the victims were brought to the Tawau Hospital for treatment.

Fadil added investigation showed the incident was caused by the carelessness of the driver and the case is being investigated under Section 43(1) of the Road Transport Act 1987.