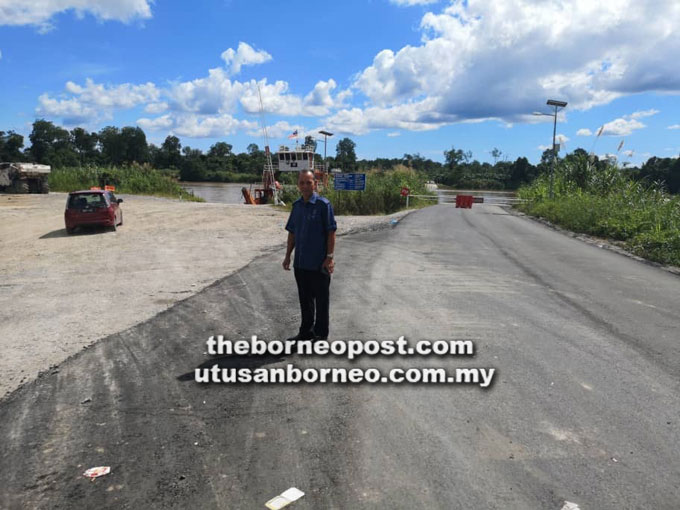 Penguang at the Marudi ferry point.

MARUDI: The contractor responsible for upgrading the Miri-Marudi road has been called on to install road safety features.

He advised road users to refrain from speeding and overtaking at corners along the winding and hilly road, particularly during the Chinese New Year break when a higher volume of traffic is anticipated due to the improved road condition.

“Driving along the said road is indeed very challenging and dangerous if you drive fast and over the speed limit for which the road was designed,” he said.

Although the road was completed three months ahead of schedule, the contractor is still repairing damaged sections caused by heavy lorries and other factors.

The Marudi assemblyman also called on plantation and lorry owners using the road to transport oil palm fresh fruit bunches to be more civic-minded, as this is the only proper access road for Marudi.

The 43.2km road connecting Miri to Marudi was completely tar-sealed at the end of last year.

Initially a disused logging road, it was first upgraded as a Jiwa Murni project to provide road access before the most recent upgrading project began on Sept 15, 2016 after then Chief Minister Pehin Sri Adenan Satem approved an allocation of RM77.4 million for the project.