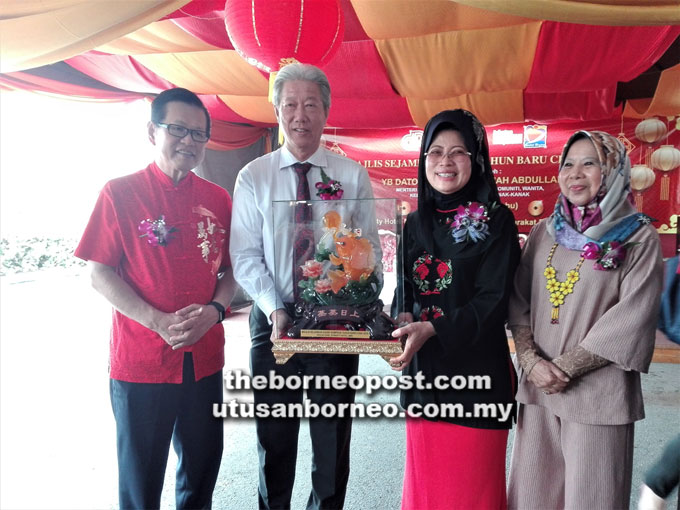 MIRI: A detailed study is required before imposing a curfew on teenagers aged 18 and below.

Minister of Welfare, Community Well Being, Women, Family and Childhood Development Dato Sri Fatimah Abdullah said the implementation of the curfew would otherwise be unable to meet its objectives.

“There is a need for the relevant authorities to conduct a precise study on the proposal. Without a comprehensive plan in the implementation stage, it is worried that the objective which is set behind the effort will not be able to be achieved.

“There is a need for us to know who is the implementer and the law that is needed to support the curfew,” she told the media after a Chinese New Year goodies giveaway event yesterday.

Fatimah said she personally viewed the proposal aimed at preventing teenagers from getting involved in drug-related activities positively.

However, she strongly feels there is a need for a holistic approach to curb drug abuse among youths, particular through the involvement of the community at grassroots level.

Over 100 Chinese welfare recipients received goodies from Dynasty Hotel and the Welfare Department at the event.

“Today’s event is one of our annual events for the past 17 years or so, whereby our hotel collaborates with the Welfare Department of Miri,” said Dynasty Hotel managing director Tony Pui.

“This is part of our corporate social responsibility commitment to give back to society at large by giving away goodies during festive seasons comprising Chinese New Year, Gawai Dayak, and Hari Raya Aidilfitri.”

Recipients received RM100 each from the department and a hamper worth RM150 per family from Dynasty Hotel.