Wednesday, May 27
You are at:Home»News»Rabies outbreak in Sarawak declared as Level 2 Disaster 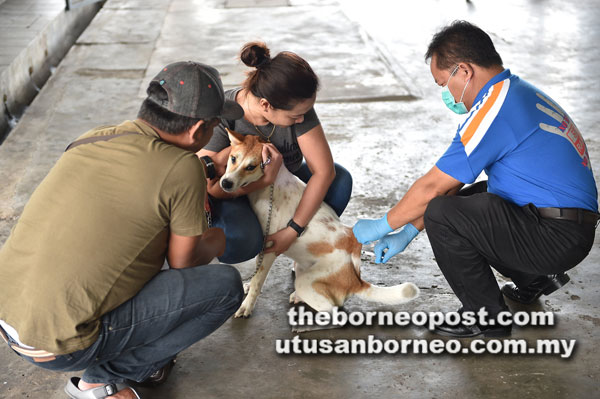 The state has raised the disaster level of the rabies outbreak, which will lead to more public vaccinations and also the capture of strays.

KUCHING: The rabies outbreak in Sarawak has been declared a Level II Disaster under the State Disaster Management Committee, further escalating the measures taken to control the spread of the disease.

The decision was made by Deputy Chief Minister Datuk Amar Douglas Uggah Embas and tabled during the State Cabinet Meeting at Wisma Bapa Malaysia yesterday after 16 people were infected with the dreaded virus in the state – 15 of which have died.

The raising of the Disaster Management Level will enable all government agencies to pool their resources in a concerted effort to mobilise and contain the spread of rabies.

In the statement, the methods to be undertaken are described as increasing public awareness of the spread and prevention of the rabies virus, improvement of diagnostics facilities and heightened surveillance as well as a concentrated effort to control the spread of the disease by taking action on stray dogs.

The committee will also enforce the licensing and vaccination of dogs and increase its manpower to deal with the ongoing crisis.

To date, there are currently 61 areas declared as rabies-infected zones in the state.

The public can obtain the latest information on the rabies outbreak on the Sarawak Disaster Information website here.