Tuesday, November 24
You are at:Home»News»Sarawak»Protecting special rights of Borneo Territories 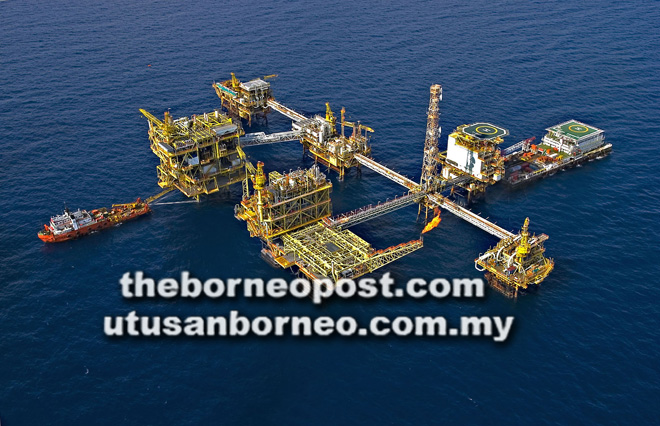 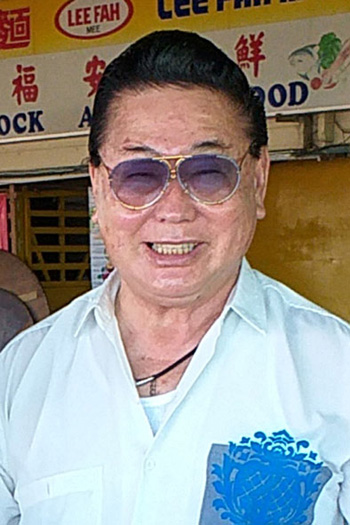 WHAT are the constitutional entrenched provisions for the Borneo Territories that the Federal government must comply?

The federal government has to comply with the five tiers of unique constitutional entrenched provisions for the amendments of the FC (Federal Constitution) and promulgations of parliamentary legislations for the Borneo Territories, thereby qualifying the Malaysian parliamentary sovereignty.

Tier one is MA1963, namely Chapter 3 on the IGC Report 1962, Article V on immigration and Article VIII with the Annexes A to K and the three fundamental assurances and undertakings of Tun Razak on 3rd August 1962 of no domination by KL which would always consult them as equal partners, pivotal to Sarawak joining in the formation of Malaysia.

The third tier is that parliament is forbidden to pass laws touching on land and local governments of the Borneo States nor on the compulsory acquisition of land and O&G by federal under Articles 95D, 76(4), Items 2(a) and 2(d) and no right to issue licences eg PSC on O&G under 2(c) of the Ninth Schedule State List and the rest of the 7FCsunder its continental shelf to 350 nautical miles, as Article 13 of the FC only applies to the States of Malaya and the Federal Territories without such entrenched constitutional provisions and protections. Unlike Westminster before joining EU, the Malaysian parliamentary sovereignty is subject to the fivetiers constitutional entrenched provisions to safeguard the enshrined rights and privileges of the Borneo States.

The fourth tier is the seven protective municipal laws of Sarawak (7PMs) with Article 162(1) and (2) which over-ride Article 75 of the FC.

The last tier is namely the special powers in the specific provisions of the FC where the legislative councils of the respective Borneo Territories must give mandatory consents for any amendments of the FC, such as under Articles 4 and 9 of MB and Articles2, 80(3) and 7FCs entrenched provisions of the FC or promulgations of parliamentary legislations for examples under Articles 2 and the rest of 7FCs under the three pillars, namely Rule of Law, constitutional parliamentary democracy and Malaysian parliamentary sovereignty, subject to the fivetiers of entrenched provisions.

Naturally, the amicable settlement would be based on 7FCs and 7PMs even with the production quotas under the National Depletion Policies (NDP), unlikely to be implemented now or ever when oil recovery is only 29 pct and gas (40 pct bol). O&G are finite resources.

Under the Rule of Law, whether formal or substantive, proclaimed by the PM to be viewed as a constraint on individual and institutional behaviour, therefore the federal government and institution of Petronas under a public company would be equally subject to publicly disclosed legal codes, the five tiers of constitutional entrenched provisions including the 7FCs and 7PMs.

What experts the state and Petros would need on negotiating on MA63 and its O&G?

There will be various technical issues on O&G and various aspects on the legal issue, corporate restructuring, fiscal and financial models with the breakdowns of the financial costs and analysis, sums & parts, EBITA and IRR and others including the records of each production wells and share profit or split barrels of O&G. Experienced and top O&G consultants, legal, financial and fiscal experts familiar with Petronas’s models and operation of PSCs need to be engaged to negotiate for the maximum understanding, exposure and benefits to be worked out fairly for Petros and Sarawak government as the dominion of its O&G which is entitled to the detailed profit and loss accounts since Sarawak has a director on the Board of Petronas under the Companies Act. A Queen Counsel (QC) from London and Australia would be necessary to advise the state government on the restoration of O&G, revision and reformation on MA1963. The QC will appear for the state if litigation becomes inevitable after the failure of the legal and political settlement.

What are the state’s right as the dominion of its O&G? Any further actions to take?

For the state government (1)(a) has the right to issue and re-issue all PSCs in Sarawak with options to farm in with pre-emption rights in all cases under OMAO(2018), SLC1958 and rest of 7FCs, 7PMs and Article 76 of UNCLOS.

(1)(b) The state government needs to expand and refine the procedures on the renewals of PSCs under Section 14 of the Oil Mining (Amendment) Ordinance 2018 (OMAO 2018) up to international standard O&G legislations for investors’ confidence to prevent inherentinevitable bureaucratic procedure causing delays or otherwise as happened in the Third World Countries, for mining or winning of oil, minerals and stone quarries by adopting Section 48(9) of the federal Minerals Ordinance 2004 (MO 2004), in the OMO (Amendment) 2018 and amendment of the outdatedLand Code Section 32A for quarries with no renewal provision, namely if the application is made before 12 months before expiry, “but for this subsection expire, the lease or license or PSC and other license shall continue in respect of the land to which the application relates until the application is determined, by the Sarawak Minerals Management Authority (SMMA).”

The late Tan Sri Lim Keng Yaik, the Minister of the Primary Industries, accepted the writer’s suggestion decades ago for this provision in the MO2014 for normal renewals of mining leases or certificates. O&G and quarry were excluded, perhaps due to an oversight. Article 3A of OMOA2018 should include any marine structures, not only mining for O&Gin Sarawak’s continental shelf to prevent future ‘acquisition of territories’ and natural resources. A light house can even be critical under international law.

Exploration and development need much longer period on licence which must be agreed beforehand. Why?

On exploration licences of 2 years under Sections 15 to 18 of OMAO(2018),the time period would require refinement and extension by following Petronas’s international exploration and developmentsperiod to commensurate the high risky investment at the front unlike normal hard rock mining for O&G to renew or to issue or to reissue the present PSCs or oil mining licences or leases withall the terms and conditions stipulated on them to attract international and local investors on very risky and expensive 3D seismic and offshore drilling of US$20 million a hole averagebefore discovery. Five years for exploration, 4 years developments and production 20 years and for deep waters, the exceptional drilling cost of US $100 per hole with 4 years exploration, 6 years for development and 25 years on production would be fair and the international standard norm for serious investors in O&G. The terms of royalty capital allowances, R/C Index, threshold volume, abandonment costs, 15 pct IRR, deductions, taxes with back to backof the 4th generation PSCs ofPetronas formula have to be agreed in writing in the licences/PSCs before investors would go on explorations in modern O&G format with two minimum drilling holes with or without signature bonus.Now, there is only one stop, not licences and leases. Terms must be clear and certain ab initio.

Should practice of backdating the licences and leases a lacuna until Section 48(a) of MO2004 be applicable to O&G and quarry?

Yes. The old practice was to backdate the oil licences or mining leases or stone quarry licences (sometimes) from the last expiry date until the leases or licenses actually were approved and issued retrospectively by dating the leases back to back to the expiry date while allowing the interim period to be valid for winning of oil, mining and stone quarrying because it took a long time or some time to process from the Divisional, then to the Headquarter of Land and Survey Department up to the State Minerals Committee, later SMMAwith approvals of mining and quarrying plans and the approvals of NREB in successive stages before mining leases approved by the cabinet for TYT previously, to sign and all the way down, taking a few years, as specified in the Petroleum Mining Act 1966 (except for quarry licences).

Now mining leases though simplified and shortened are subject to NREB and Mine Rehabilitation Plan(MRP) being approved in sequence before theissuances of licences or leases after approvalsonly for subsequent operations. So there are always onerous delays with inevitable expensive stoppages of operations waiting for renewals from 6 months to 1 or 2 years, due to sequential paperworks in stages. Any MRP for offshore O&G operations apart from cementing the holes? Onland O&G is mining too with environmental pre-approvals and compliance with native customary laws.

The adoption of Section 48(9) of OM 2004 would obviate the necessity of cabinet in approving the renewals of O&G leases/PSCs. Cabinet does not get involved with approvals of O&G under international practice.

NREB would normally follow this practice despite this lacuna unless the Land and Survey has specifically terminated the leases or license under the directives from Land and Survey directed by SMMA. (2) Imposing 20 pct affordable royalty now by way of local sales tax inclusive of its by-products exported. (3) An increase of 2.5 pct royalty after 10 years and another 2.5 pct or more out of share profit or split barrel of O&G after 15 years or after plugging partly the one trillion financial hole.(4) Equity cash flow up to 4 pct (5) Right to impose international practice of bonus signature.Petronashas abolished it including fees and area rentals.(6) Right to impose state sales tax under Item 7 of Part V 10th Schedule and Article 95B(3) as royalty before Item 3 of Part V is amended by parliament based on the sale prices of O&G not ad valorem nor with specified percentage besides the four taxes on O&G and state equity cash flows.

(7) A new full-bodied standard international oil agreement with a revision clause needs to be executed in the royalty agreement to replace the two-page Oil Agreement (8) The constitutional right to impose local sales tax on downstream products apart from O&G per se, was announced by YAB CM of Sarawak to be imposed in January 2019, namely 5 pct on O&G, natural gas, liquefied natural gas, chemical based fertilizers and gas to liquid productsexported, not affecting local consumers. (9) If the legal and political settlement fails, the state can or would impose another 10 pct local sale tax totalling 20 pct affordable royalty or equivalent by local sale tax eventually to replace the royalty as amplified abovewhenever necessary out of thefirst affordable three profit centres, namely the share profit or split barrels of O&G about 35 pct to 53 pct of pure revenue of the federal which Petronas sells for the federal,not from the 4 taxes and Petronas’s separate profit centre and dividends.

Previous ArticleRethinking religious relationships in democracy and spirituality
Next Article Uggah: Cattle-rearing in estates can help up cattle production