Monday, March 30
You are at:Home»News»Poor distribution of state wealth could be cause of imbalance between rich and poor, opines See 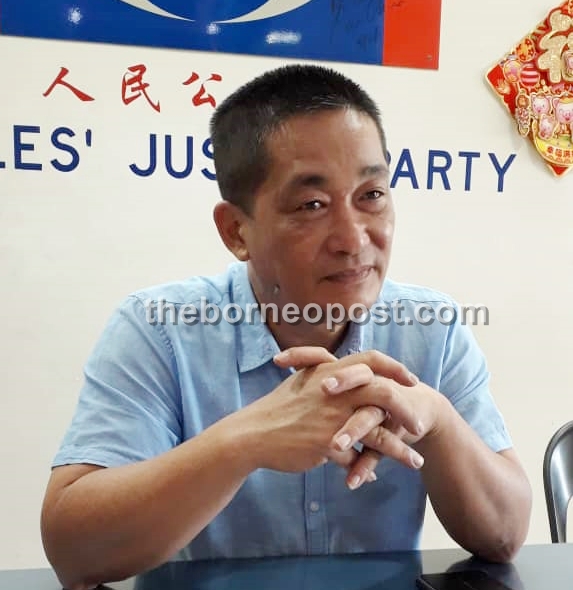 KUCHING: The failure to distribute state wealth accordingly could be one of the reasons Sarawak has seven of the top 10 poorest districts in Malaysia, says Batu Lintang assemblyman See Chee How.

See, however, was not sure if that was really the case in Sarawak, which is among the top three richest states in Malaysia.

“If the state is as such, then the distribution of wealth is the problem. We raised this issue before and for us, the important thing is that the government addresses economic activities, how these activities will benefit the people generally; not generating wealth that is concentrated in the hands of a few people.

“To address that kind of issue of course you have to look at the local activities that you have had in all the different districts,” he told reporters at the Stampin PKR Service centre here today when asked to comment on a report which stated that Sarawak is among the top three richest states in Malaysia, but ironically has seven out of the 10 poorest districts in Malaysia.

In her statement, economic analyst Associate Professor Dr Madeline Berma had quoted such figures from the Department of Statistics Malaysia.

See said he believed that if there were enough activities to spur the economy in such districts, the living standard and the income of the families in the rural districts could be raised.

“There ought to be some concerted efforts taken to look into all those things. Hopefully the government will look into developing the cottage industries, the small industries and so on.

“Of course both the federal and state government now are putting a lot of effort to make sure that there is connectivity to the various districts that are still lacking in connectivity and hopefully that can help address the issue,” he said.

See, who is special officers for Works Ministry, said even Works Minister Baru Bian is trying now to look at the second phase of the Pan Bomeo Highway that will go into the highlands;

He noted that a lack of connectivity was a major issue in the highlands, whereby the people living in the area could not develop local industries because of a lack of proper transportation.