Wednesday, February 19
You are at:Home»Business»BizHive»Reviewing investors’ success in Southeast Asia as we enter the Lunar New Year 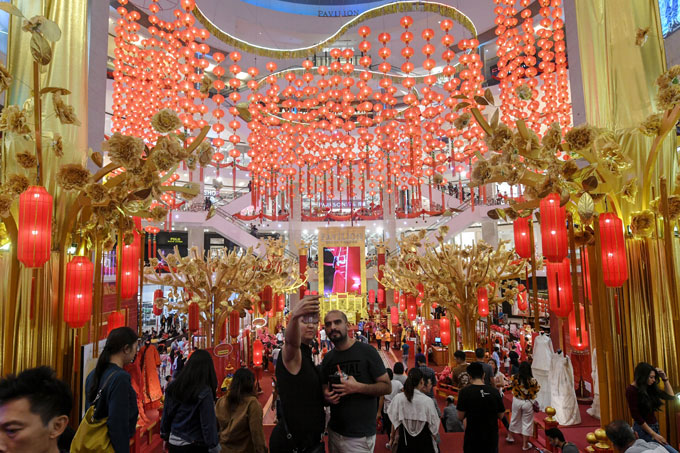 The Year of the Pig is finally here. As we look back, it was evident that e-commerce has reached new heights in China. Today, more than 40 per cent of all e-commerce transactions take place in China alone.

However, China’s contribution to the growth of e-commerce extends beyond its own borders. Among them who saw much growth was e-commerce in Southeast Asia as well.

E-commerce in Southeast Asia saw its fiercest battle in 2018. Last year, we saw extravagant marketing campaigns held by various e-commerce players in a bid to increase its market share.

More importantly, it was a vital year to find out if the billions of dollars invested into tech startups by Chinese giants such as Alibaba, Tencent, and JD has paid off.

Chinese investors have played a big role in the development of e-commerce in Southeast Asia.

Among the most notable ones were Alibaba, who with Softbank helped Tokopedia raise US$1.1 billion to fast-track its growth in Indonesia. Additionally, Alibaba was among Bukalapak’s investors as the tech startup became the newest unicorn in Southeast Asia.

Of course, the most notable one was Lazada, receiving US$4 billion and replacing its CEO for a significant period with Lucy Peng, a key founder of Alibaba.

Tencent and JD have also set its sights on Southeast Asia. Tencent is the largest shareholder of SEA, owning 34 per cent in the publicly traded gaming and internet company, including the e-commerce platform, Shopee.

JD established a new shopping platform in Thailand, invested into a Vietnamese e-commerce platform, Tiki, and launched an online retail business in Indonesia as well.

The investments into these tech companies were widely publicised but how did they fare in the previous year? To find out, iPrice Group conducted a study to ascertain the top e-commerce platforms in 2018 and to predict possible trends that would take place this year.

The 42 e-commerce companies analysed in this study saw an average 54 per cent growth in its total visits on both desktop and mobile web. We saw this increase by comparing the total visits between 1Q and 4Q18. This mirrors Google’s recently revamped report in November 2018 stating that the internet economy’s growth was faster than expected and is predicted to garner an additional US$40 billion, amassing a total of US$240 billion in gross merchandise value (GMV) by the year 2025.

Commanding the biggest market share in total visits amongst the top 10 companies in 2018 were Lazada at 27 per cent, Tokopedia at 17 per cent, Shopee at 15 per cent and Bukalapak at 12 per cent. Lazada maintains its market-leading position despite facing stiff competition from Tokopedia and Shopee throughout the year.

Nevertheless, Shopee, backed by Tencent, overtook Tokopedia e-commerce to become Lazada’s closest competitor by the end of the year. Shopee experienced a 66 per cent growth in its total visits (desktop and mobile web) between Q1 and Q4 2018 (Indonesia, Malaysia, Philippines, Singapore, Thailand, and Vietnam. Visits from its Taiwan domain was not included).

Lazada’s dominant position in the region began pretty swiftly, leading the pack as early as 2014 as the most searched e-commerce platform in countries such as Malaysia just two years after its establishment. Since then, Lazada consistently grew its market share to become Southeast Asia’s most visited e-commerce platform. Lazada’s success in the past years has been important in order to secure Alibaba’s first investment, at US$1 billion and 51 per cent stake of the company in 2016.

However, Lazada’s dominant position was almost overtaken by Tokopedia in July and August 2018. The margin between the two players was at its smallest point in August, where the Indonesian e-commerce platform just needed an additional 44,600 in total visits (desktop and mobile web) to claim the top spot in the region.

Tokopedia was highly impressive in 2019 especially in its ability to sustain significant growth in its online traffic even after its major Ramadan and Hari Raya sale campaign in May 2018.

The Ramadan and Hari Raya period was the most important festive season in Indonesia and Malaysia where most of its population are Muslims.

It is a popular sale period as consumers will actively purchase gifts, apparels, and decorative items to prepare for the festive occasion in June. Among the many successful efforts initiated by Tokopedia to maintain its increased total visits on desktop and mobile web after Hari Raya was with its 9th-anniversary sale, which was held in August 2019.

The fastest growing companies in 2019

While Alibaba and Tencent have been on the headlines regularly, JD has made great developments as well. E-commerce platforms with the most remarkable growth figures were JD at 246 per cent, Shopee 158 per cent, and Tokopedia at 94 per cent. This percentage was obtained by comparing the percentage of growth in total visits on desktop and mobile web between January and November 2018 to see who grew the most by the end of the year.

JD.com’s exponential growth was due to its continued expansion into Southeast Asia, recently launching its e-commerce platform JD Central in Thailand in October 2018 and has made great progress in Indonesia as well. This was evident as they grew the fastest from 5.4 million in January to 12.7 million in November in total visits on desktop and mobile web.

What should we expect to see in the years to come?

We may see a new e-commerce leader in Southeast Asia by August 2019. Leading the charge to the top step would most likely be Tokopedia. The Indonesian e-commerce company was hugely particularly impressive as it was able to challenge for the top spot though it was only available in a single country.

2019 will be ‘crunch time’ for the online marketplace which has extensive plans to broaden its scale and reach by investing in technology and infrastructure in Indonesia.

As such, Tokopedia is well positioned to fast-track its development to take hold of the title as the most visited e-commerce platform in the region.

Although Tokopedia almost overtook Lazada mid-2018, the Tencent backed e-commerce, Shopee is also well positioned to capture the top spot as well. Its gains during the Singles’ Day sale boosted its position from 3rd to 2nd to become Lazada’s closest competitor in November 2018. Shopee is expected to receive an additional boost on its annual birthday sale in March 2019 that will run across seven countries where they operate.

Will Alibaba’s Lazada and Tokopedia be able to fend off Shopee? We’ll find out by end 2019.

The rise of non-regional e-commerce players

Almost everyone is talking about globalisation and the importance of venturing across multiple countries. However, 2019 could see the continuous rise of non-regional players who are solely focused on a single market. Indonesian e-commerce platforms such as Tokopedia, Bukalapak, and Blibli are good examples of the possibility of thriving in a single market.

This prediction is highly possible as these single-market players still have much potential for improvement in its respective markets. Take Indonesia for example.

Statista states that the share of active paying customers from the total population of Indonesia (e-commerce penetration rate) in 2018 was at 40 per cent.

Taking note of this potential are e-commerce players like Sendo from Vietnam who are investing significantly in new regions to increase its reach within the country. Echoing a similar tune is Tokopedia who obtained US$1.1 billion from Alibaba and Softbank to be a key driver in Indonesia’s economic development and financial inclusion in the country.

This would be the tip of the iceberg as we may see additional investments from China to fast-track the growth of the top e-commerce platforms in Southeast Asia. While we wait to see how the competition will fare in the new year, one thing is for sure: China will continue to play an important role in the region and consumers will be the biggest winners in the end.