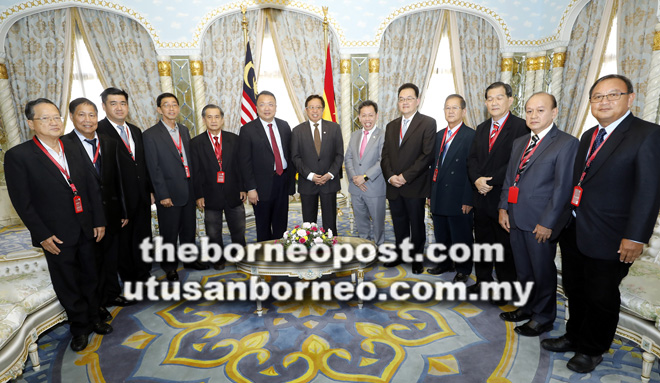 KUCHING: A proposal has been made by members of the Federation of Boards of Management for Aided Chinese Primary Schools of Kuching, Samarahan and Serian Divisions for the establishment of a unit under the Chief Minister’s Office to look into the welfare and interests of mission and Chinese primary schools in Sarawak.

The federation’s president Jonathan Chai said the unit would be similar to the Unit for Other Religions (Unifor), which looks into the religious affairs of non-Muslims in Sarawak.

“If the Sarawak government agrees, the unit would be able to look into the outstanding issues faced by the mission and Chinese schools in Sarawak,” said Chai to the media when met at Wisma Bapa Malaysia yesterday.

The unit, he added, would also be tasked with distributing government allocations to the mission and Chinese primary schools.

“Under this proposed unit, our federation, which represents 56 aided primary schools in these three divisions, would be more effective in relaying our problems.”

Other issues that were discussed at the courtesy call, he said, included the proposal to alienate state lands adjacent to SJKC Chung Hua Bau and SJKC Chung Hua Batu 15 for expansion to cater to the needs of the students.

“We also hope that the land where SJKC Chung Hua No 3 is would also be alienated to the board of management because at the moment, the board is renting the premises from the council at a nominal sum,” he added.

On another note, the federation also hoped that the Sarawak government would be able to chip in to the construction cost of SJKC Bako, which would be relocated to Kota Samarahan.

“The first phase of the construction is expected to cost about RM6 million and will start in the second half of this year,” said Chai, adding that the federal government is also funding the relocation project.

Meanwhile, the federation also invited Abang Johari to their 35th anniversary dinner, which is planned for March 22.