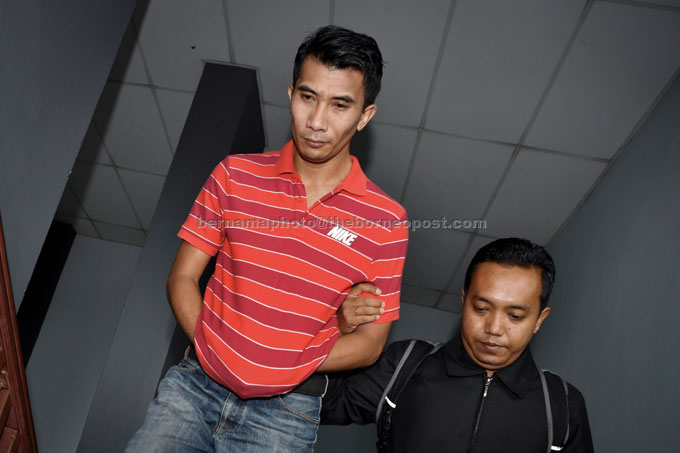 Mohd Nur Baderyshah pleaded not guilty after all seven charges were read to him at the Sessions Court. — Bernama photo

MELAKA: A policeman was yesterday charged at the Sessions Court here on seven counts of abusing the Royal Malaysia Police (PDRM) indent card amounting to more than RM90,000, two years ago.

The accused, Mohd Nur Baderyshah Matasum, 34, however pleaded not guilty after all seven charges were read before Judge Datuk Mohd Nasir Nordin.

He was charged under Section 403 of the Penal Code which provides for a maximum jail term of five years and fine as well as caning if found guilty.

Nonetheless, the accused who was represented by counsel Azrul Zulkifli Strok appealed for bail to be reduced as his client had been suspended from duty since he was arrested by MACC and has to support five children as well as his old father.

Judge Mohd Nasir later allowed the accused to go on bail at RM50,000 in one surety for all the charges including the additional conditions of surrendering his passport and reporting himself to Melaka MACC office every month.