Friday, December 3
You are at:Home»News»Sabah»Ranau cocoa beans among best 50s samples – board 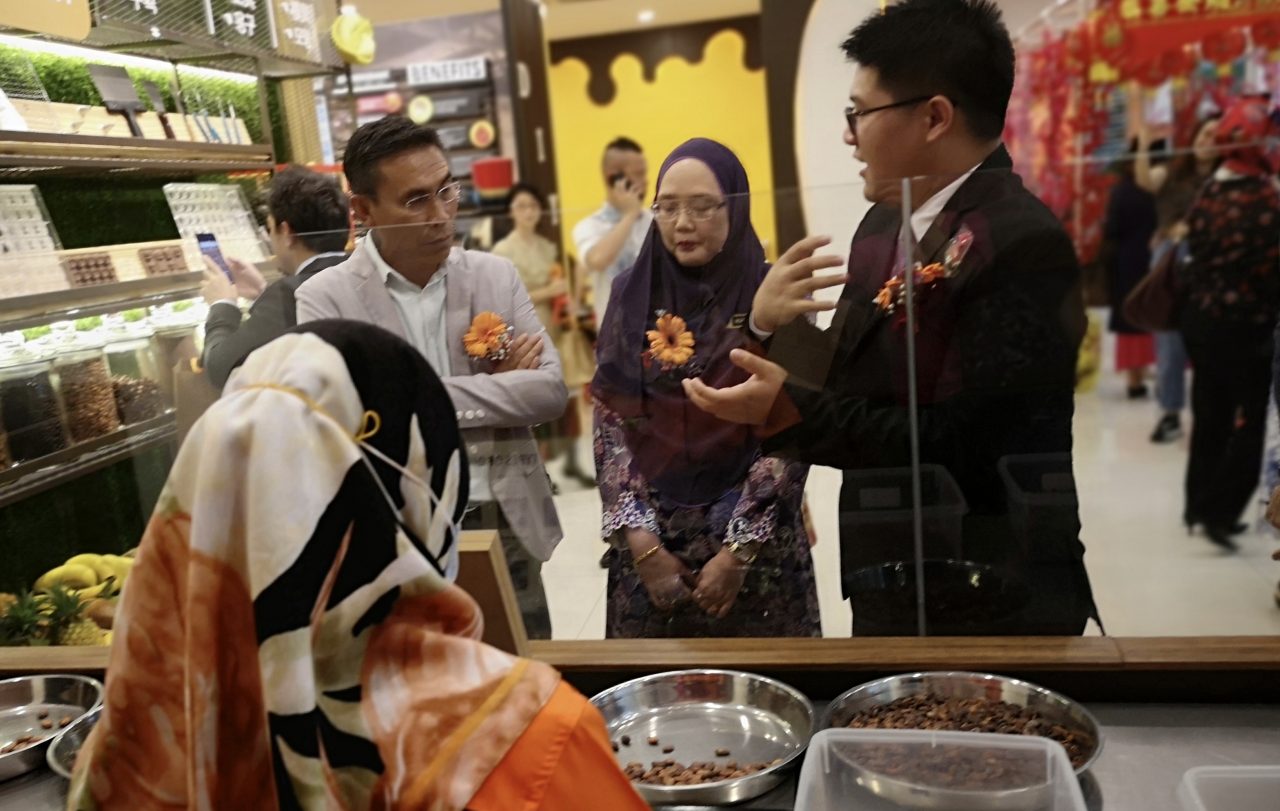 Assafal (left), Norhaini (middle) and Siaw looking at one of the workers working on the cocoa beans.

KOTA KINABALU: Cocoa beans from Ranau have been selected as among the best 50s samples by the Cocoa of Excellence Programme in Paris.

Malaysia Cocoa Boars director general Datin Norhaini Udin said the MCB had sent 22 samples for the programme from 2010 and 2017.

“Cocoa beans from Ranau, Sabah are among the samples selected as the Best 50s Samples with unique and special flavour.

“In line with this effort, MCB has formed the National Organising Committee for Cocoa of Excellence as a long term strategy to establish Malaysia as one of the producers of fine flavour cocoa and eventually the manufacturer of premium chocolate from specialty beans,” she said at the 10th Anniversary celebration of the KK Chocolate House Sdn Bhd.

She explained that under the Cocoa of Excellence Programme, samples of cocoa beans from all participating countries were analysed by an expert panel and the best samples were selected as the Best 50s samples and would be submitted to the International Cocoa Awards.

She also said the MCB had aggressively undertaken efforts and a programme on the sustainable development of the cocoa industry.

One of the important projects in the development of cocoa cluster is in Ranau, Sabah, she said.

“It is an inclusive supply chain and integrated beans to chocolate business approach with the ultimate objective to improve the income and livelihood of cocoa growers through community development,” she continued.

She added that the cocoas cluster in Ranau would also develop and promote chocolate as a tourism product.

The cocoa farming and its related activities would be turned as agrotourism package, she said.

In her speech, she also noted that the chocolate sector had marked very progressive and positive growth in the last five years.

“The vision of developing Malaysia as the King of Chocolate in the Asia region has shown a remarkable impact as the contribution of chocolate to the total export earning of cocoa and cocoa products hits new record of RM1.031 billion and contributed 18.6 percent to the total export income of RM5.55 billion in 2018.”

The export value from chocolate sector has also increased by 18.6 percent from RM0.869 billion in 2017.

Meanwhile, Assistant Tourism, Culture and Environment Minister, Assafal Alian said that chocolate can become a tourism product for Sabah and stated that his ministry was willing to assist the company to promote it through its promotional effort in China, Korea and Europe.

He, however, urged the company to use local motifs to set it apart from other chocolates produced elsewhere.

He also urged the company to further expand and provide more jobs to Sabahans.

He said the government would always support the private sector and stimulate industries so that they can expand and provide more jobs.