Wednesday, July 8
You are at:Home»News»Sabah»MARii opens first satellite in Sabah 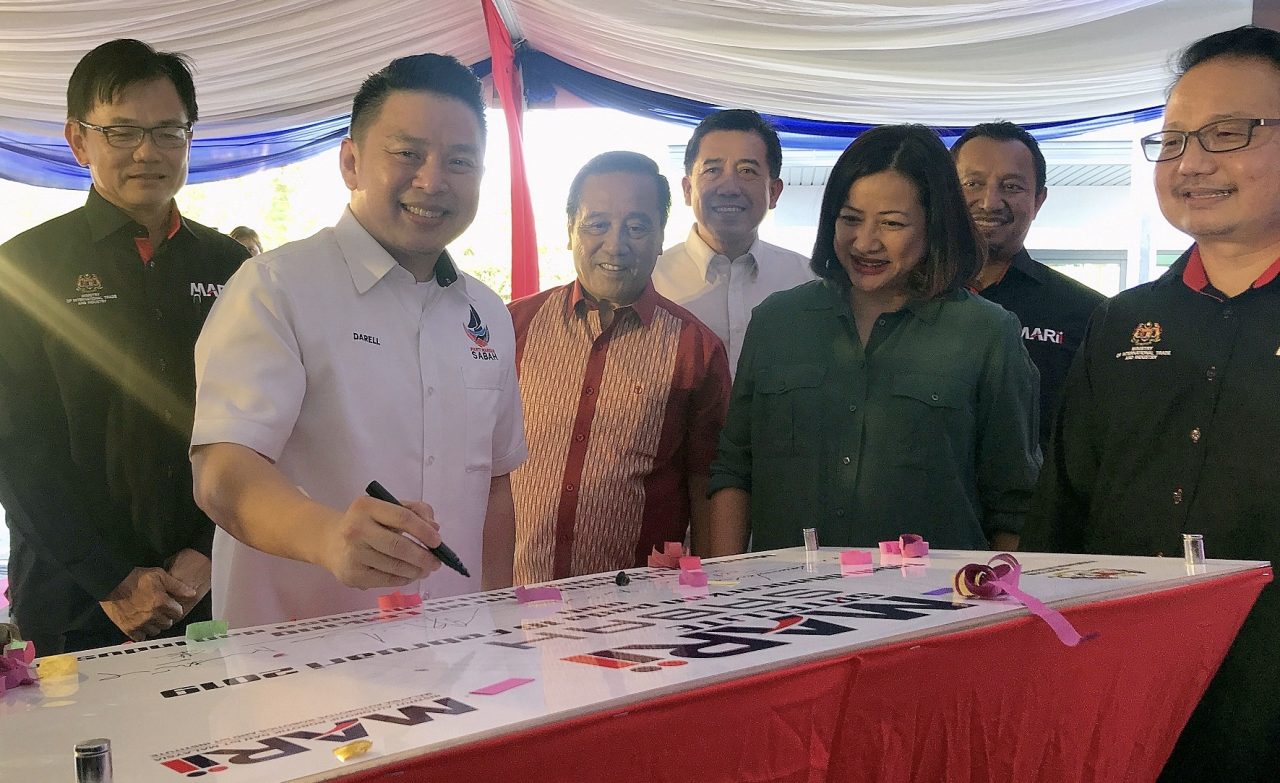 Darell signing the plaque at the launch of the MARii Satellite network yesterday.

KOTA KINABALU: MARii’s first centre outside of the Klang Valley opened in Kota Kinabalu yesterday, its first ever under the MARii Satellite network, to allow for more extensive reach for technology adoption within the automotive, robotics and IoT (Internet of Things) sectors as well as overall mobility.

“Since its establishment as the Malaysia Automotive Institute (MAI), centres of competency have been established such as MADeC, MAReC and NETC within the Klang Valley. Technology application that has been developed by MARii is not just for the automotive sector, but can also be applied within numerous sectors in Sabah”, said Darell.

MARii CEO, Dato’ Madani Sahari further explained that the MARii Satellite bridges the geographical divide between Peninsular Malaysia and Sabah, as it allows access to technology adoption which are specific to the needs and requirements to the localities and communities in Sabah.

“The Satellite is also a gateway for Sabahans to access MARii’s expanded network of expertise and other facilities throughout the country”, he added.

The MARii Satellite Sabah is located in Donggongon Avenue, only 15 minutes from Kota Kinabalu International Airport and the Kota Kinabalu city centre.

The Satellite is equipped with a Design Lab, hosting advanced product and process design applications such as Computer Aided Design and Additive Manufacturing facilities and equipment.

At the same time, the Satellite also acts as a big data management and telematics centre to enhance information and data analytics, allowing for better insights and decision making for businesses.

In the areas of human capital development, the Satellite is equipped with a complete training Dojo for manufacturing, aftersales and remanufacturing.

The Dojo system in the Satellite uses the same experiential training system that has been implemented in the MARii Resource Centre (MAReC) located in Bukit Beruntung, Selangor, and will be the center for MARii’s training programmes such as IPC, AICE, MARii Graduate Apprenticeship, DEP, LPS and PIMA (see below).

Programmes to be implemented immediately

A total of five schools have been identified MARii Adopted Schools (Sekolah Angkat MARii), which will receive assistance through direct access to the Satellite, while 400 trainees from Sabah will enrol in MARii’s Industry-Led Professional Certificate (IPC).

Among the aims of the CoC is to enhance awareness and application of IoT and robotics technologies, as well as establishing a pool of local experts in Sabah to further develop local capabilities in customised furniture design, through the MARii Satellite Sabah.