Friday, September 25
You are at:Home»News»Nation»Supply and distribution of DLP textbooks expedited – Maszlee 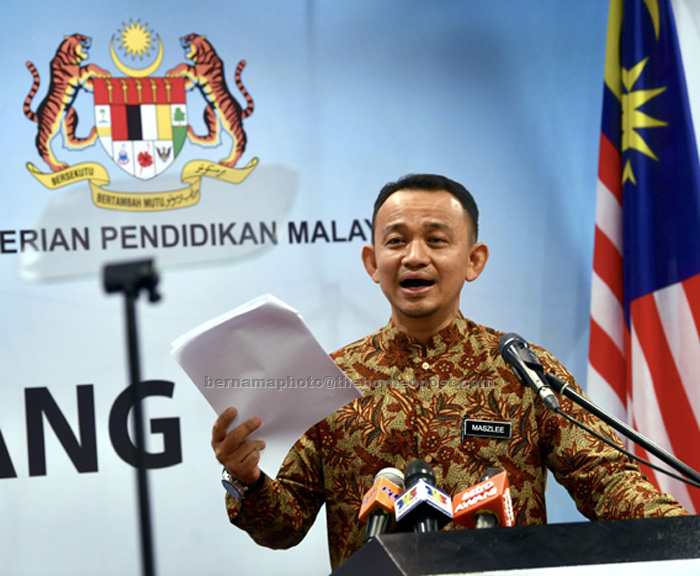 KLUANG: The supply and distribution of the Dual Language Programme (DLP) textbooks for Mathematics and Science to Form Three students have been expedited and have begun on Feb 10, according to Education Minister Dr Maszlee Malik.

He said that according to initial planning, the supply and distribution of the textbooks were supposed to begin in early March due to the need for some changes and improvement to the procurement system.

With the latest development, he said all schools, including those in Sabah and Sarawak, can now expect to get their supplies by end of this month.

“This means the use of the textbooks for the DLP for the two subjects will begin in early March,” he told a press conference after officiating the Simpang Renggam parliamentary constituency’s Chinese New Year celebration at the Village Community Management Council Hall in Kampung Baru Simpang Renggam today.

He said that prior to this, the teaching and learning of Mathematics and Science under the DLP was supplied via compact discs, which contained the first four chapters of both the subjects.

“It was prepared to allow teachers and students to access and download teaching materials related to DLP until the textbooks could be supplied to them,” he said.

On another development, Maszlee said the ministry urged other public universities to create a University Degree Issuance and Verification System or e-Scroll system as practised by the International Islamic University Malaysia (IIUM).

He said the e-Scroll, which uses the Blockchain technology, could be used to tackle the issue of fake degrees as it is equipped with the quick response code (QR code) and could also be checked using a smartphone.

“IIUM began using this system last year, and it is hoped that in time to come, it would be used by other public universities so that the quality of higher education in the country can be maintained,” he said. – Bernama