Thursday, August 13
You are at:Home»News»Sabah»Harapan Rakyat will be dissolved – Lajim 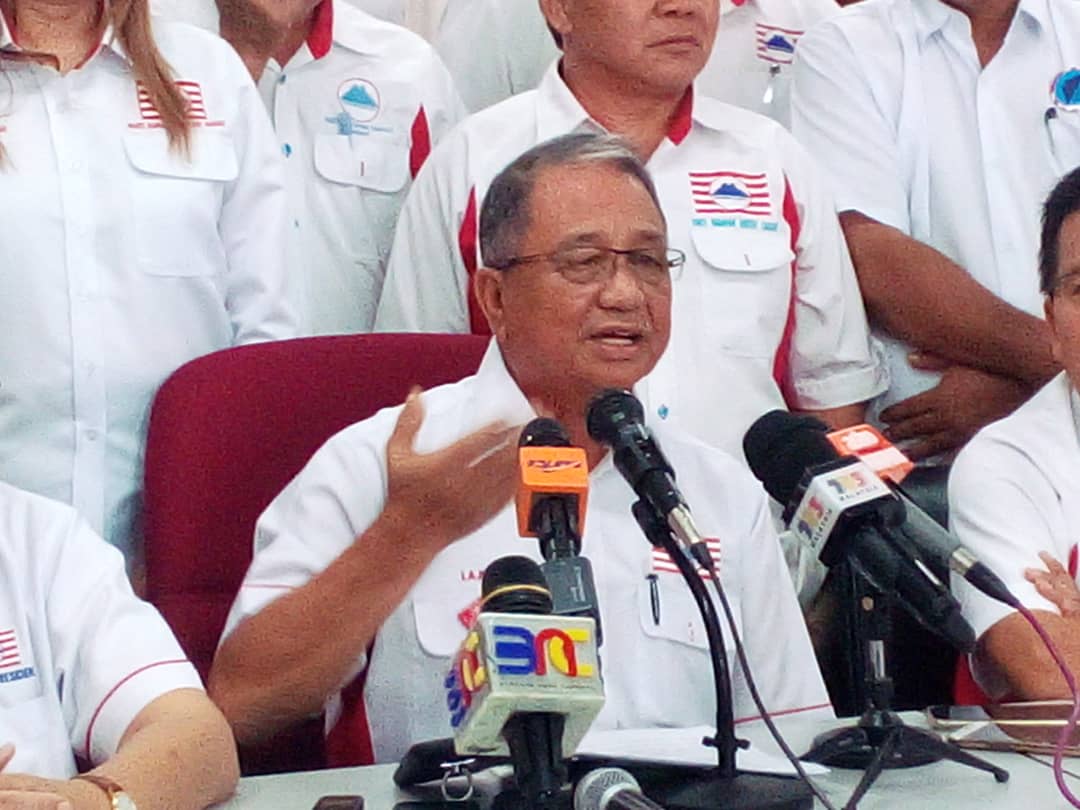 Its president, Datuk Seri Lajim Ukin, told reporters that the decision was made during a special Supreme Council meeting yesterday.

“We have unanimously decided that our party members in the region of 64,000, will join Bersatu en bloc and for this reason, we will hold an Extra Ordinary General Meeting (EGM) as soon as practicable to dissolve our party Harapan Rakyat.

“The delegates to the EGM will be the same delegates who attended our last Annual General Meeting (AGM) on 26 October 2018. We are willing to sacrifice our party because we know we can contribute better towards nation building and to develop Sabah, and to realise the people’s aspirations and rights through a bigger and governing national party like Bersatu.

“What is at the top of our mind is the commitment of the Pakatan Harapan government to recognise Sabah and Sarawak as equal partners with Peninsular Malaysia and to fulfill Sabah and Sarawak rights under the Malaysia Agreement 1963,” he said.

Lajim also expressed confidence that Warisan. PKR, DAP, Amanah, UPKO and Bersatu can do much for Sabah considering that the state is still far behind of the states in the Peninsular Malaysia almost in all aspects of development.

“We have gone through many things in Sabah in term of governing the state and on the challenges we had faced in the Federal and State relationship. History and experience had told us that a strong alliance with the federal government is preferable and necessary to rule the state.

“We understand Warisan’s concerns on the entry of Bersatu to Sabah. But as what everybody is saying, they should not worry because Tun Dr Mahathir has assured and rightly so that Bersatu does not come to oppose Warisan or change the government but to compliment and strengthen the state government under the leadership of Datuk Seri Panglima Shafie Apdal,” he opined.

Lajim expressed confidence that close cooperation will ensue among all the political parties in the government at all levels of administration to ensure that government policies and programs are crafted and implemented correctly and effectively for the benefit of the people.

On who will lead Bersatu in Sabah, Lajim said they have an open mind about it but added that they have expressed their views to Tun Mahathir.

If given the trust to lead, Lajim said they are more than willing and ready as they have the experience and political tenacity to start and develop the party in Sabah within the spirit of comradeship.

“We are aware that there are other groups in Sabah such as the ex-Umno leaders who are seeking to get Bersatu into Sabah following their departure from Umno. However, we see it that we are complimenting each other in our common desire.

“In fact our group had informally met Datuk Hj Hajiji Mohd Noor and his group over the matter,” he disclosed.

Lajim also believed that Bersatu in Sabah will be given autonomy as Tun Mahathir had said so and it will not be a repeat of the situation when Barisan Nasional (BN) and Umno were in power.

This is because Tun Mahathir, he opined, is a changed person, he is no longer the person he was in Umno.