Thursday, August 13
You are at:Home»News»Sabah»Immigration to reactivate technical committee to resolve citizenship issue 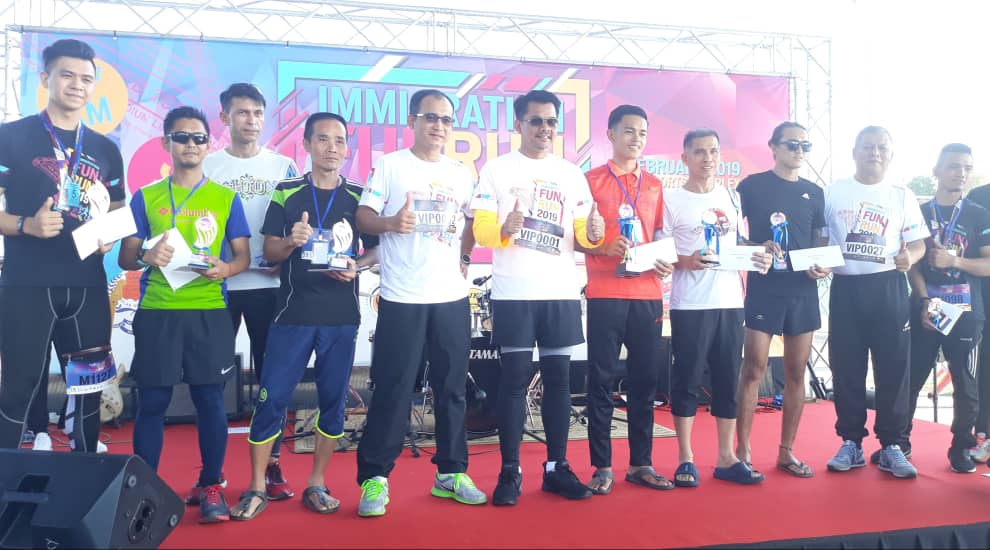 Azis, (centre), Indera (fifth left) and Musa (second right) with the winners of the men’s open category of Fun Run.

KOTA KINABALU: The Immigration Department here will be reactivating its technical committee to address the citizenship issue in the state, its director general, Datuk Indera Khairul Dzaimee Daud, said.

The committee, he said, will be reactivated with the cooperation of the Home Ministry.

Speaking to reporters when met at the Sabah Immigration Fun Run 2019 which was officiated by Deputy Home Minister Datuk Mohd Azis Jamman here yesterday, Indera explained that the technical committee was set up earlier but was not active.

“I was based in Sabah from 2004 to 2008 and I understand the issue pertaining to illegal immigrants in Sabah. Thus, as the department’s new director general, I will work with the ministry to try and resolve this problem,” he stressed.

According to Indera, the first meeting between the technical committee and representatives from the Home Ministry will be held soon to identify actions that can be implemented to resolve issues pertaining to citizenship.

Meanwhile, commenting on the Fun Ru, Indera said that the response to the event was very encouraging and the program would be expanded to other states.