Wednesday, October 27
You are at:Home»News»Police identify suspect involved in scamming S’wkians in Cambodia 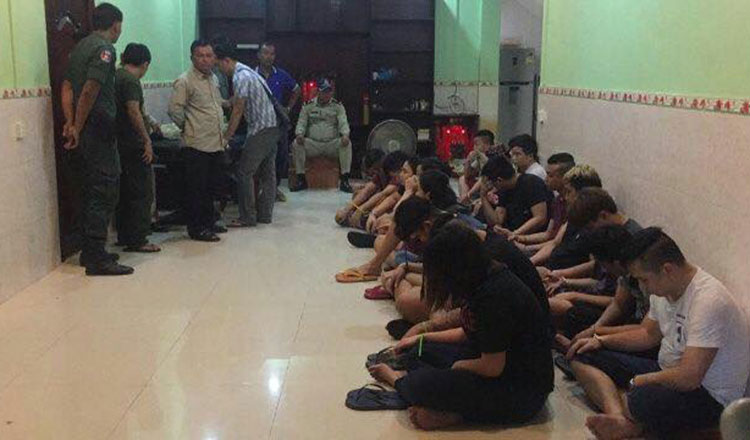 A photo displayed on a Cambodian news site that purports to show the Malaysians that were arrested and detained in Cambodia.
Photo source: www.khmertimeskh.com

KUCHING: The State Commercial Crime Investigation Department (CCID) has identified the local suspect said to be involved in the scam involving Sarawakians in Cambodia.

The CCID obtained leads on the allegation of cheating involving the 47 Malaysians who were recently released from a Cambodian prison for being suspected of participating in an illegal online gambling racket.

Forty of them were Sarawakians.

The police are currently actively hunting for the suspect and are on the lookout for any leads that will lead to his arrest.

The CCID did not provide further details about the suspect as they did not want to jeopardise the investigation.

Sarawak CCID chief Supt Mustafa Kamal Gani Abdullah revealed that up to eight persons including two women had come forward to lodge complaints in regards to the cheating allegations.

“An initial probe indicated that the victims had been deceived with offers of lucrative jobs with a monthly salary of USD1200 to USD1500 each in Cambodia,” he said.

The victims were asked to bank in a sum of between USD200 and USD300 for a ‘processing fee’ into an account of a local, he added.

The victims leaned of the job prospect through Facebook and the WeChat application.

Upon their arrival, they were brought to a house and were asķed not to go out but food and drinks were provided.

They were also asked to surrender their handphones and passport to a group of men who were supposed to take care of them.

Based on information provided by the victims, they were ordered to memorise a script and pretended to act like bank officers and court officers among others and to make calls.

They were also asked to promote an illegal online gambling scheme through telephone calls and SMSes to numbers allocated to them respectively.