Thursday, January 27
You are at:Home»News»Court»Ahmad Zahid slapped with another CBT charge 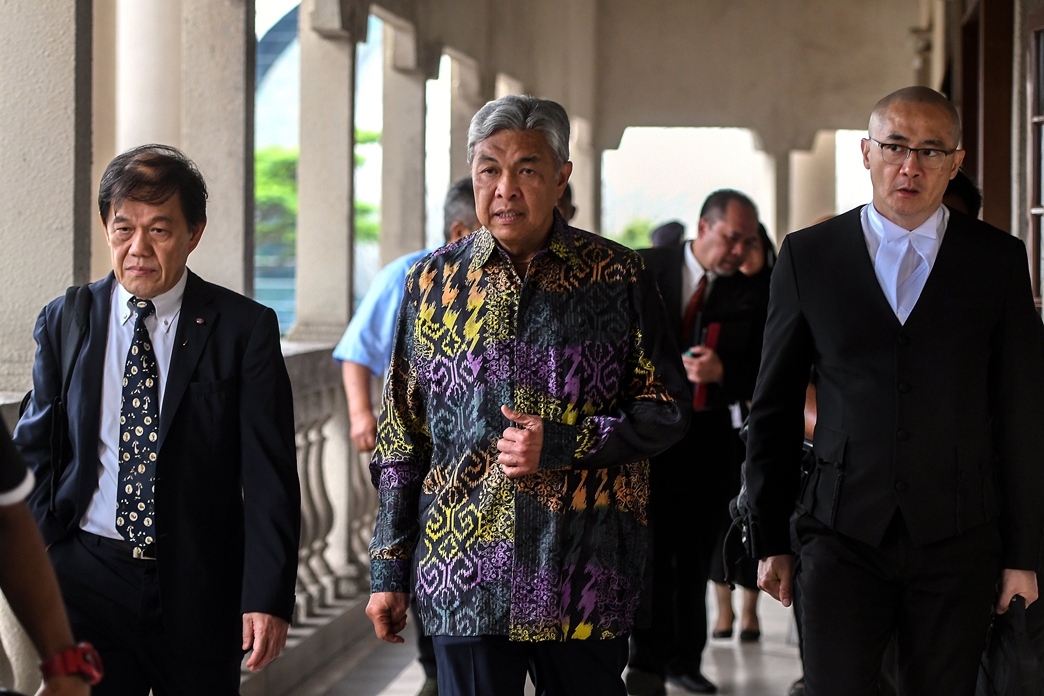 The 66-year-old former deputy prime minister, however, pleaded not guilty and claimed trial after the additional charge was read before Judge Azura Alwi at the Sessions Court here.

The new charge brought the total to 47 charges faced by Ahmad Zahid so far.

Clad in a long-sleeved batik shirt, the Umno president who arrived at the court at 8.40 am, appeared calm when the charge was read to him.

Ahmad Zahid, as the agent entrusted with RM260,000 belonging to Yayasan Akalbudi, was charged with committing the CBT by dishonestly using the money to make a payment to TS Consultancy & Resources, three years ago.

The charge, under Section 409 of the Penal Code, provides for a maximum jail term of 20 years and whipping and fine, upon conviction.

The court set Feb 28 for remention.

On Oct 19 and Dec 14 last year, the Bagan Datuk MP pleaded not guilty to a total of 46 charges, comprising 11 charges of CBT, eight charges of corruption and 27 charges of money laundering involving millions of ringgit belonging to Yayasan Akalbudi.

He was granted bail of RM2 million with one surety and was ordered to surrender his passport to the court. – Bernama