Wednesday, July 6
You are at:Home»News»War of words as Idris and Lo debate job creation in Sarawak 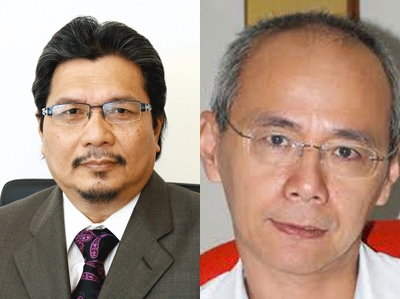 Launching the first salvo against Lo today, PBB information chief Datuk Idris Buang said he had been informed by some insiders in MTUC that Lo’s statement was purely his own and it was not passed in any meeting of the Sarawak division of MTUC .

Idris was referring to Lo’s recent statement, calling on the Sarawak government to give priority to the creation of decent jobs to ensure that Sarawakians will be able to find employment opportunities back home.

MTUC Sarawak chairman Mohamad Ibrahim however, denied Idris’ suggestion that Lo’s statement was a personal statement, stating that all of the statements made by Lo as the secretary of MTUC Sarawak Division were fully approved and endorsed by the MTUC division, affiliates and workers in Sarawak.

“It is his core responsibility to raise all issues involving the social economic well being of Sarawakians and we have full confidence in him doing so without fear or favour.

“We are disappointed but not surprised that PBB, instead of addressing the legitimate issues raised, chose to launch a personal attack and questioned the integrity of our officials,” Mohamad said.

Mohamad said Lo’s statement reflects the stance of MTUC as has been consistently expressed on many occasions.