Thursday, October 22
You are at:Home»News»Sabah»Jollibee to set up 50 stores in Sabah, Sarawak in next 10 years 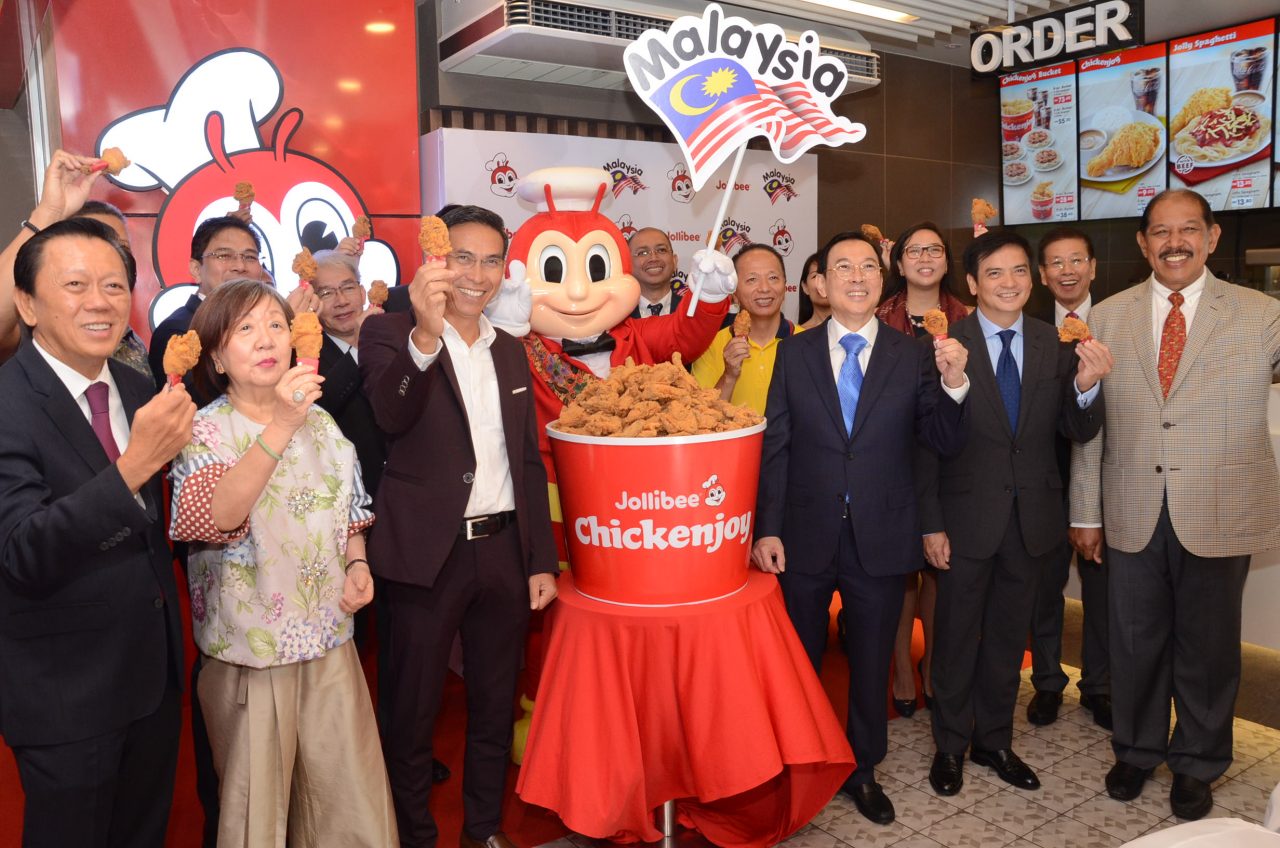 Front row, from left, Chong, Chua, Flores (behind), Assaffal, Caktiong and others making a Chickenjoy toast at the event.

KOTA KINABALU: Jollibee Foods Corporation (JFC) – the world’s largest and fastest growing Asian restaurant company – has announced that it will open over 100 Jollibee stores in Malaysia in the next 10 years, including 50 stores in Sabah and Sarawak.

The rapidly expanding JFC started from merely two ice cream parlours in the Philippines and has grown to 14 brands in 21 countries with over 4,500 stores across the globe, of which 1,300 are Jollibee branches.

Jollibee opened the doors of its milestone store in Malaysia to over 1,000 excited patrons at Centre Point Sabah here last year.

On the opening day, long lines of customers waited for hours to get their hands on Jollibee’s beloved Chickenjoy, which taste has gained an international following and impressed even the late celebrity chef, Anthony Bourdain.

Dennis Flores, President and Head of JFC International Business for Europe, Middle East, Asia and Australia, believed that Jollibee would be a welcome addition to the diversity of the food scene in Kota Kinabalu.

“We know that Kota Kinabalu is a melting pot of many ethnic cultures and it is home to a diverse food scene.

“We believe that we can appeal to the diversity as what we have seen in other countries where Jollibee has been successful, such as Vietnam, Brunei, Hong Kong and Singapore,” he said in a press conference after the Jollibee Malaysia grand store inauguration day yesterday.

Flores said opening the Jollibee store in Malaysia was significant as it brought the number of countries JFC operated in to 21, driving the company closer towards being one of the top five restaurant companies in the world.

He said the company was currently the 11th biggest restaurant company globally.

He said JFC planned to achieve the goal through the growth of some organic brands, bringing its flagship brand Jollibee abroad and acquisition of other companies, the latest being Smashburger business in the United States.

In its home base in the Philippines, Jollibee is bigger than two of its closest competitors combined. The fastest growing fast-food restaurant already has over 100 stores in Vietnam.

Jollibee is also the number one fast food joint in Brunei. In Hong Kong and Singapore, local patrons make up over half of its customer base.

“We foresee our expansion plan to not only boost Jollibee’s strong growth, but also contribute to the local economy and employment rate.

“Currently, in our Centre Point Sabah store, there are about 45 staff.

“In every new Jollibee store, we expect to hire an average of 30 local staff, depending on the size of the restaurant,” Flores added.

Meanwhile, Tony Tan Caktiong, Chairman and Founder of JFC, said the company was happy with the overwhelming response and warm welcome received from local customers in Jollibee’s milestone store in Malaysia.

“This has given us an encouragement to reach more Malaysians with our delicious menu and friendly service.”

To share the joy of its foray in Malaysia, Jollibee has also donated to Caring for the Future Malaysia to support the children under its care.

This is line with the company’s commitment to lend a helping hand to the underprivileged, especially to children and families within the community where its stores operate.

Jollibee has also invited the children at Caring for the Future Malaysia to the store for a fun-filled afternoon of activities and dinner at the restaurant.