Tuesday, February 7
You are at:Home»Business»Malaysia’s auto industry off on a positive start
For the freshest news, join The Borneo Post's Telegram Channel and The Borneo Post on Newswav. 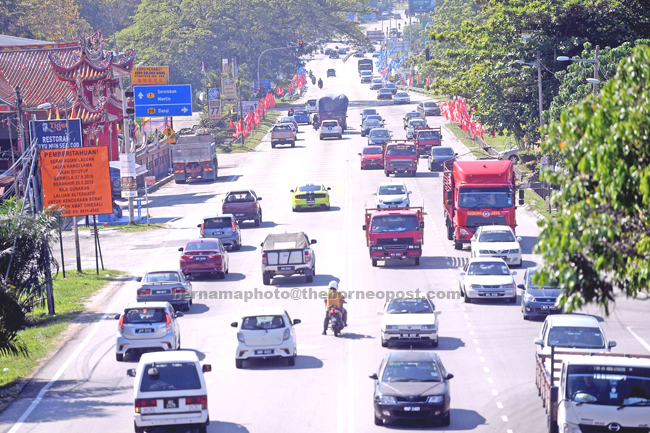 The automotive industry’s January 2019 TIV rose by 8.7 per cent y-o-y to 48,500 units on improved consumer sentiment, promotions for the Chinese New Year festive celebrations and clearance of 2018 stocks. — Bernama photo

KUCHING: Malaysia’s automotive industry is off on a positive start this year, led by strong numbers recorded by national carmakers.

According to the research arm of Affin Hwang Investment Bank Bhd (AffinHwang Capital), the automotive industry’s January 2019 Total Industry Volume (TIV) rose by 8.7 per cent y-o-y to 48,500 units (up 0.5 per cent month-on-month) on improved consumer sentiment, promotions for the Chinese New Year festive celebrations and clearance of 2018 stocks.

“With over 8,000 bookings for the all-new Aruz SUV and the popular demand for existing model lineups, we believe Perodua’s prospects remain bright for the next few quarters,” AffinHwang Capital remarked.

“The better sales performance was mainly driven by popular demand of the X70 that was launched on December 12, 2018. Bookings for the X70 has exceeded 15,000 units since the launch on December 12, 2018. Market share for the national carmakers of 55.7 per cent outpaced the non-national carmakers in 1M19 for the first time since the tax holiday period in June 2018,” it highlighted.

It also pointed out that Perodua looks on track to hit record TIV – annualised January TIV accounts for 100 per cent of its 2019 forecast and this is only with half a month’s contribution of the Aruz.

All in, AffinHwang Capital maintained its ‘overweight’ rating on the stock as it expected vehicle sales momentum to remain healthy, and strengthening of ringgit to US dollar and Japanese yen to improve profit margins.