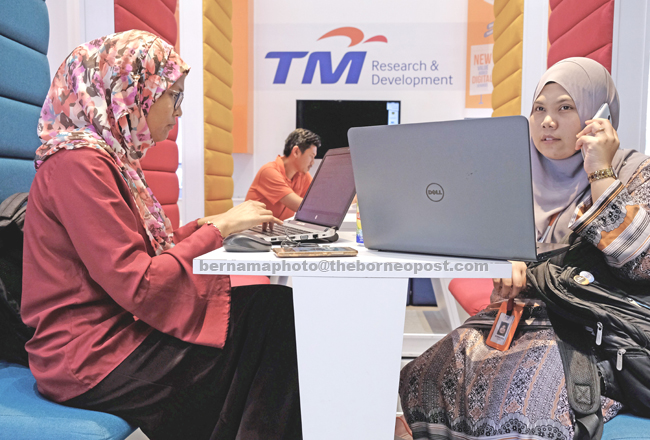 TM’s contract award to Celcom has been projected to lead to cost savings and lower capex while Minister of Communications and Multimedia Gobind’s recent statement on the broadband industry is expected to calm investors. — Bernama photo

Meanwhile, as reported by Bernama, Gobind also annouced that day that there would be no further reduction in broadband price this year.

MIDF Research noted that TM has invested substantial capex and booked in significant pretax losses from webe during 2016 and 2017, at RM682 million and RM799 million, respectively.

“We believe the TM-Celcom’s 4G MOCN arrangement should lower its operating costs and capex and Gobind’s statement should calm investor,” the research arm said.

“Whilst we are not expecting further cut in Unifi prices, we have pencilled in a 30 per cent reduction in Streamyx package prices.”

“Streamyx prices, if sustained at current level, would lift our 2019 to 2020E earnings per share (EPS) forecasts by circa 15 per cent and discounted cash flow (DCF)-derived fair value by 10 per cent.”