Sunday, September 20
You are at:Home»Business»Dayang’s earnings will trend better compared to losses 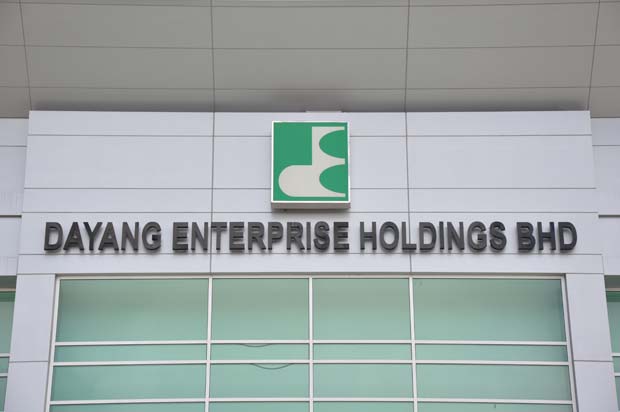 Kenanga Research noted that the group is expected to undergo a comprehensive corporate exercise in the next 12 months, under the purview of the Corporate Debt Restructuring Committee (CDRC) of Bank Negara Malaysia.

“We believe forward earnings trend will definitely be better as compared to losses in the prior two years, buoyed by its current order-book of approximately RM3 billion, providing some earnings visibility for the next three years,” the research arm of Kenanga Investment Bank Bhd (Kenanga Research) said in its outlook on Dayang.

“This stem from its contract wins of approximately RM2 billion in financial year 2018 (FY18), consisting mostly of Pan-MCM jobs, coupled with its maiden overseas win in Turkmenistan.”

As for Dayang’s 60.5 per cent-owned subsidiary Perdana Petroleum Bhd (Perdana Petroleum), the research arm noted that the group is expected to undergo a comprehensive corporate exercise in the next 12 months, under the purview of the Corporate Debt Restructuring Committee (CDRC) of Bank Negara Malaysia.

“This could include borrowings extension, disposal of assets, special placements, and/or rights issue, and hence, we opine that it may also implicate Dayang’s shareholders.”

On Dayang’s FY18 results, Kenanga Research said that, “FY18 bounced back strongly with core profit of RM164.2 million, beating expectations by more than double of forecasts, on strong surge in work orders for its topside maintenance coupled with improved vessel utilisations.”

All in, Kenanga Research maintained ‘outperform’ on Dayang, given the group’s improved outlook on the back of recent contract wins and recovery in vessel utilisations.

Meanwhile, the research arm of MDIF Amanah Investment Bank Bhd (MIDF Research) maintained its FY19F earnings estimate at this juncture as it awaited further announcements on the debt restructuring for Perdana Petroleum under the CDRC of Bank Negara which is still in progress.

“We are reiterating our ‘buy’ recommendation on Dayang,” MIDF Research said.

Previous ArticleMandatory for boats to provide life jackets
Next Article Urban farming allowed, but with approval from Housing and Local Government Ministry