Tuesday, October 20
You are at:Home»News»Sabah»One of four victims in five-vehicle crash dies 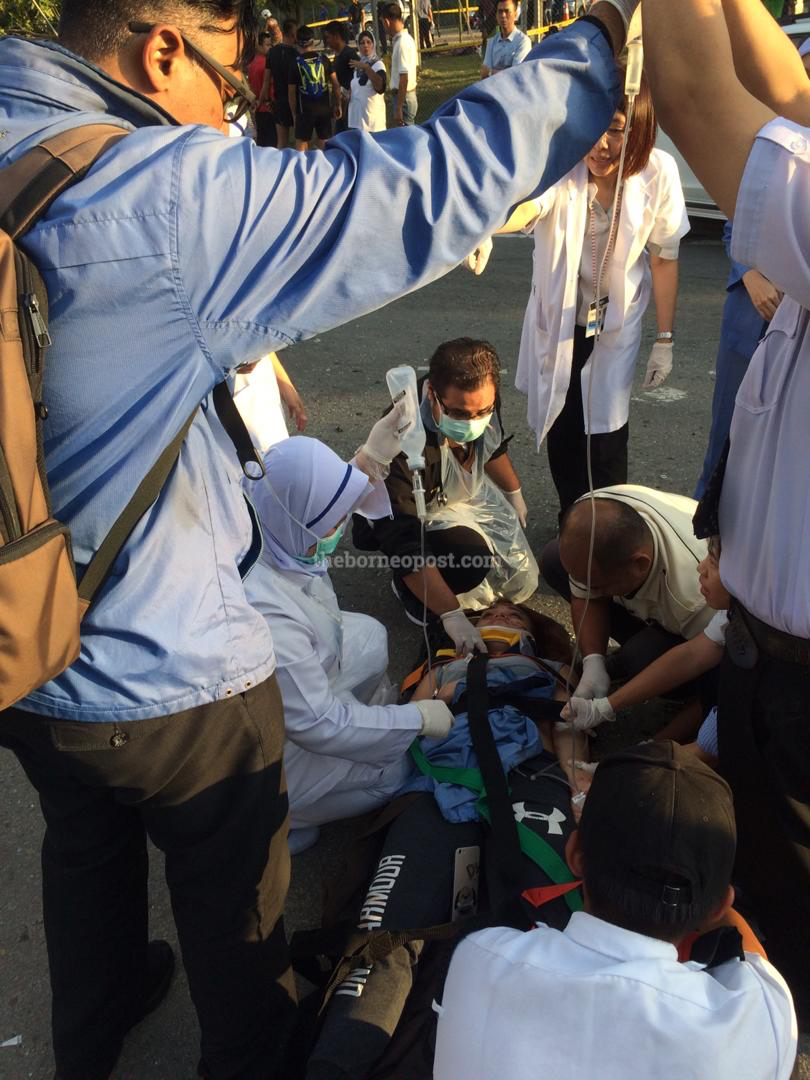 Female victim at the Bukit Padang five-vehicle crash has died while undergoing treatment at the Queen Elizabeth Hospital 2.

KOTA KINABALU: One of four victims in a five-vehicle collision at Jalan Bukit Padang here on Monday has died while undergoing treatment at the Queen Elizabeth Hospital 2 yesterday morning.

The deceased is said to be a pedestrian walking along the road during the 5.25 pm incident on February 25.

“Her death was confirmed by a doctor at around 7.30 am today (yesterday),” said Habibi, adding that police were still trying to identify the victim.

The accident on Monday happened when a Nissan dump truck rammed into four vehicles, namely, a Toyota Hilux, a Subaru, a Toyota Avanza and a Toyota Vios, as it was going down hill at Bukit Padang.

Habibi said based on police investigation, it is believed that the truck driver had lost control of vehicle before it rammed into four vehicles coming from the opposite direction.

“It was unfortunate that the deceased was hit by one of the vehicles while walking along the road,” said Habibi, adding that police were still carrying out an investigation into the incident.

The truck driver and his colleague, both aged 30, and the Avanza driver, 33, are still receiving treatment in hospital, while the other drivers suffered minor injuries.