Sunday, September 20
You are at:Home»Business»FGV’s transformation plan to yield results in FY19 — Analysts 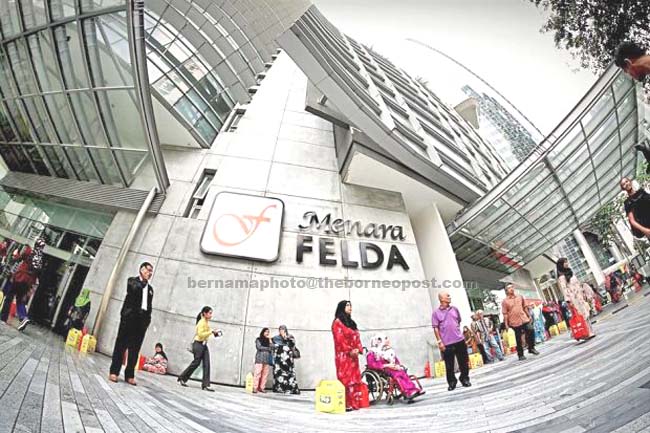 FGV’s transformation plan is only expected to yield results in the FY19, analysts say after the group reported deep losses for FY18. — Bernama photo

It noted its core loss of RM147.4 million is derived by the exclusion of fair value changes in land lease agreements (LLA), one-off items (such as loss of disposal, manpower rationalisation cost and insurance claims), impairment losses and provision of RM911.7 million as well as property, plant and equipment (PPE) write-offs of RM55 million.

“The group continues to embark on its transformation plan since late FY18 and hope to show signs of improvement earliest by the first half of 2019 (1H19).

“The company’s key focus includes: develop a performance-driven culture within the group subsequent to the shake-up in management, improve operational efficiency in their estates and milling, and divestment of non-core assets with an estimated proceeds of RM350 million,” the research team said.

It noted that in FY18, the company underwent separation scheme (VERS/MSS) and saw a reduction of workforce from about 19,000 to 18,200 with an annual cost savings of about RM25 million.

“The manpower rationalisation will continue in FY19 as the company plans to embark on digitising its businesses. As part of the cost-rationalisation plan, the group will also likely reduce its number of mills to improve utilisation factor as well as continuous improvement in its estates management to reduce cost of production,” it added.

All in, MIDF Research opined: “We view this as a positive development moving forward for FGV if these plans were to materialise.”

FY18 has been a challenging year for FGV as the company underwent a complete overhaul of its leadership team amid a period of political uncertainties and unfavourable palm oil environment, the research team remarked.

“Global supply glut has also caused the CPO price to plunge significantly and impacted all the palm oil companies including FGV,” it added.

“However, as one of the major palm oil players, we observed that the FGV’s average selling price of CPO was higher as compared to some of its peers, indicating the higher bargaining power for FGV and most of its CPO are produced in Malaysia which typically command a higher premium to Indonesian palm oil by about eight to 10 per cent.

“We view this as a plus point for FGV to continue its strong footing in the palm oil industry. Moving forward, we will see further consolidation and cost rationalisation in FY19, as well as better estates management which will contribute to its bottom line,” it said.

Overall, MIDF Research pegged a ‘neutral’ rating on the stock.