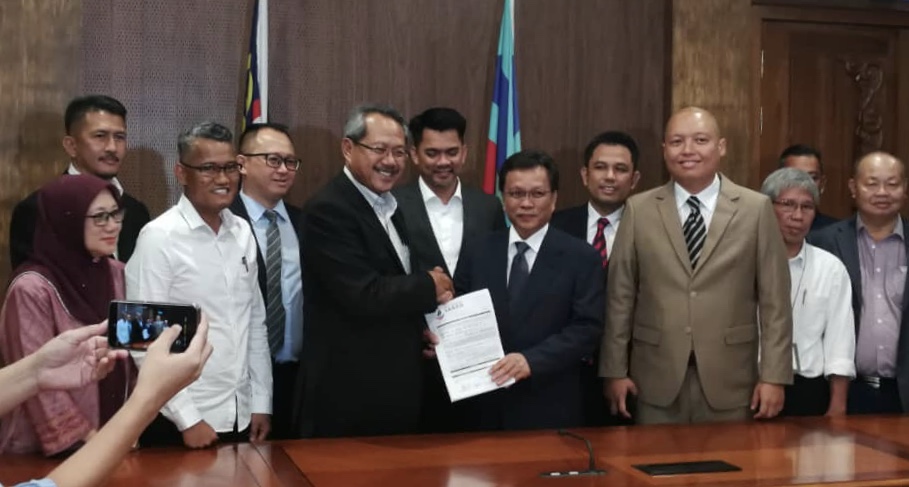 Osman (5th left) handing over his application to Shafie.

Osman also clarified that he has been an independent assemblyman since leaving Umno nine months ago.

“Yes I applied to join PKR last year but only on February 24 was I informed by a Sabah PKR leader that my application was approved. By that time I have agreed to join Warisan so I told them it was too late,” he said adding that his status as an independent assemblyman was affirmed by Sabah PKR Chief Datuk Christina Liew.

Osman when met by reporters after the handing over ceremony said that he informed Shafie of his intention to join Warisan on February 17.

To the question on why it took him so long to decide to join Warisan, Osman said he was unable to do so because of a personal reason which he cannot be reveal.