Friday, August 19
You are at:Home»News»Sarawak»EU decision to ban palm oil for biofuels smacks of discrimination — Soppoa 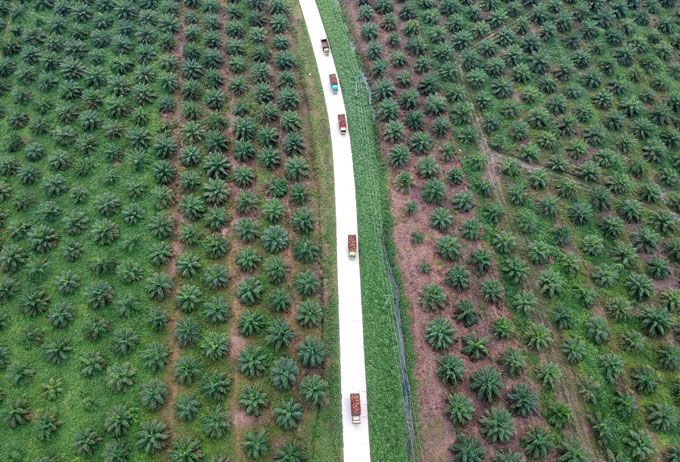 As the world’s most widely used edible oil, palm oil is found in everything from margarine to biscuits and soap to soups, as well as in biofuel. File Photo

KUCHING: Recent European Union (EU) decisions to ban palm oil for biofuels by 2020 in Europe smack of discrimination as well as asserting colonial mentality on mainly Asian farmers and nations like Indonesia and Malaysia.

The real reason to ban palm oil is because it competes directly with rapeseed grown in EU countries while imposing sustainability values on the planting of oil palm from a purely colonial styled mentality – do as we say, not what we do, said Sarawak Oil Palm Plantation Owners Association (Soppoa) in a press statement.

Federal Land Development Authority (Felda) had termed EU’s decision to ban palm oil for biofuel as “economic colonisation” by citing deforestation as the main reason for the ban which it said “is absolute hogwash”.

It said Europe has no natural forest left today and they are planting pine forests for timber but telling oil palm planting nations to stop deforestation.

“It’s a case of you cannot cut forest for economic development and wellbeing of the people but Europeans can do what they like, including cutting forest for profit,” continued the press statement.

It further said, as stated in the EU report on forestry (Agriculture, forestry and fishery statistics 2018 edition – Eurostat), 21.6 per cent of EU’s roundwood is used for fuelwood (2016) and more than 500,000 people are involved in the logging, forestry sector in EU (2015).

“What these tell us is that EU nations can harvest their forest resources for industrial production and employment to people but deny Asian nations from cutting forest for development purposes.

“Previously, these European colonists have reaped the natural resources of countless nations in Asia and today are one of the biggest consumers of products originating from these plundered nations.”

However, the press statement pointed out, now that they no longer are colonial powers, they resort to sly ways to dictate terms and conditions to their former colonists with the main aim of protecting their own farmers.

Rapeseed and sunflower oils are the main components for European biofuel subsidies which are mainly grown in Europe and are annual crops (which need replanting each year) and highly uncompetitive to palm oil in terms of productivity and versatility of use.

These critics of palm oil should petition the EU to show example by planting forest to replace oil seeds production there and also stop logging activities to prove that they are sincere about conservation of forest, it said.

It added that another method used by EU to ban palm oil is to impose sustainability criteria purely on terms and conditions of their own setting.

“These include definitions of forests, practices and policies on importation of vegetative oils for the European market. Livestock farming (including dairy farms commonly found in EU nations) are the main contributors for deforestation as global breakdown shows agriculture land use is only 23 per cent while livestock is 71 per cent; oil palm only occupies 0.04 per cent of agriculture land.

“In fact, the FAO (UN Food and Agriculture Organisation) has stated that Malaysia’s forest cover is over 60 per cent and if tree crops like oil palm, rubber and coconut are included, the coverage is over 80 per cent!,” added the press statement.

Clearly, it said further, these facts cannot be discarded by EU in its declaration of forest cover just to protect its own farmers; it’s about time EU stop dictating terms and conditions like colonial masters on palm oil producing nations.

“A more win-win approach is the way forward by having two-way negotiations that will benefit everyone and more importantly, to the world as palm oil is now being sustainably produced and marketed,” it said.