Friday, December 3
You are at:Home»Health & Environment»Gov’t considering how to encourage parents to vaccinate children 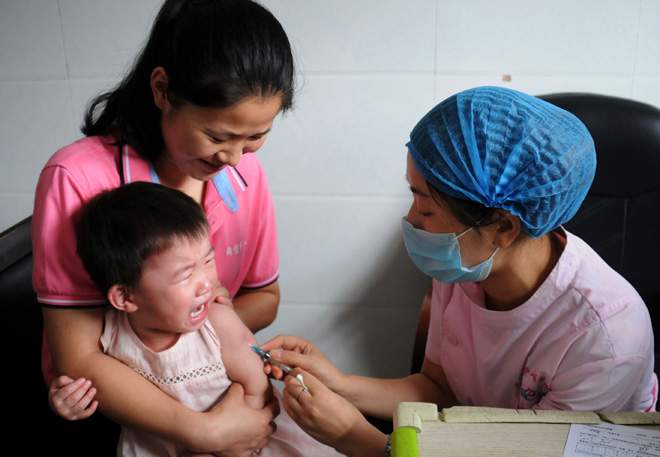 PUTRAJAYA: The government is figuring out how to encourage parents to give the necessary vaccinations to their children.

Currently, there is no regulation to compel parents to have their children vaccinated.

“It is the choice of the parents. However, we recommend protecting children through vaccination before any disease strikes,” she said after launching a new card for disabled people in the education sub-category at Sekolah Kebangsaan Putrajaya Presint 9 (2), here.

Dr Wan Azizah, who is also the Women, Family and Community Development Minister, spoke to reporters after being questioned about an opinion that vaccination and the right to education are different issues. She had said previously that the government was mulling making it mandatory for children to be vaccinated before they can enrol for school.

Dr Wan Azizah said the so-called anti-vaccine movement emerged due to parental concern over anecdotal evidence linking vaccines to autism despite proof that vaccines are aimed at protection against diseases.

She said the specialisation made it easier for the teachers to match the children according to the appropriate learning methods.

Asked about the alleged murder of a three-year-old girl, Nur Aisyah Aleya Abdullah, in Langkawi, she described the incident as a tragedy and said the caretakers are believed to have panicked when the child developed fits.

“There’s something wrong in our society. Caretakers opt to wash their hands of anything when faced with a problem or when they panic,” she said.

The police yesterday found the skull and bits of hair of Nur Aisyah Aleya in a ravine in Gunung Raya, Langkawi, after the girl was reported missing last Sunday by her biological mother. A married couple has been remanded over the probe into the alleged murder. – Bernama