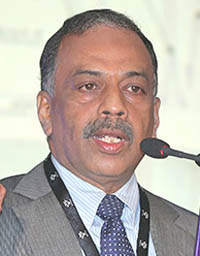 BRUSSELS: Malaysia will present legal and technical arguments this week against an EU plan to limit the use of palm oil, the head of the country’s marketing agency said on Tuesday, opposing a move that could lead to an eventual ban on the edible oil.

The European Commission last month said the use of palm oil in motor fuel should be phased out because oil palm cultivation led to deforestation. The move is part of the EU’s climate goals.

Palm oil and other commodities producing countries as well as NGOs met the EU executive on Tuesday to discuss the issue which has caused an outcry in palm oil producers Malaysia and Indonesia.

Kalyana Sundram, chief executive of the Malaysian Palm Oil Council (MPOC), said his agency had identified gaps in the Commission’s rationale and planned a strong response on March 8 when the feedback period kicked off.

“We are preparing a very extensive list of our concerns, legal and technical assessments of the draft delegated act,” Sundram said in an interview.

“What we see, despite the vigorous efforts of the team at the Commission, there are a number of loopholes in the delegated act. Our comments highlight those loopholes, it is scientific, it is technical, it is trade related,” he said.

The EU executive is seeking to finalize the act on March 14, giving the European Parliament the required two months to review and potentially object to the act. The issue is urgent as the European parliamentary election will be held in May.

“Don’t put us in the same boat (as other producers). We are asking the EU to give us proper dimension to look at palm oil, not as the evil no good deforestation crop but it’s how you manage and how you cultivate the outcome in a specific geographical region,” he said.

“We say you come look at what is happening in Malaysia on the ground. If we are wrong, we stand corrected and we will correct it in collaboration with the EU. That is the offer we have on the table,” Sundram said. — Reuters