All of them were together with PSB president Dato Sri Wong Soon Koh, deputy president Datuk Dr Jerip Susil and other PSB leaders at a meeting in Kuching today.

PSB secretariat in an immediate statement said the party is ever ready to work with any like-minded persons who believe in the party’s struggles and who can share with them the similar sense of belonging of the people of Sarawak, and also share the spirit of oneness and the common destiny of all communities in Sarawak.

It is with this in mind that PSB welcome leaders from other parties to join the party. PSB is the new name recently approved by Registrar of Societies to replace United People’s Party (UPP).

The secretariat also mentioned there will be a series of induction ceremony in various places in these two months.

“Whether UPP or PSB, the main characteristics of our party will remain unchanged. We will always make the multi-racial principle to be our party’s strength. We will reject racism in any form and condemn extremism and radicalism.

“We will not be shackled by emotions and will open ourselves to a broad, more encompassing perspective, a Sarawakian perspective to nurture a united front of all races in our Party in our beloved State of Sarawak,” it said.

It also said that PSB will not waver from its firm and principled stand that it remains a Sarawakian party which struggles for the interests of all Sarawakians, irrespective of race, creed and religion.

“As reflected in our Party’s logo, which is of Sarawak with a rising, shining sun, PSB is purely a Sarawak-based party which is now ready to raise our profile and to extend our wings to the length and breadth of Sarawak, both urban and rural. 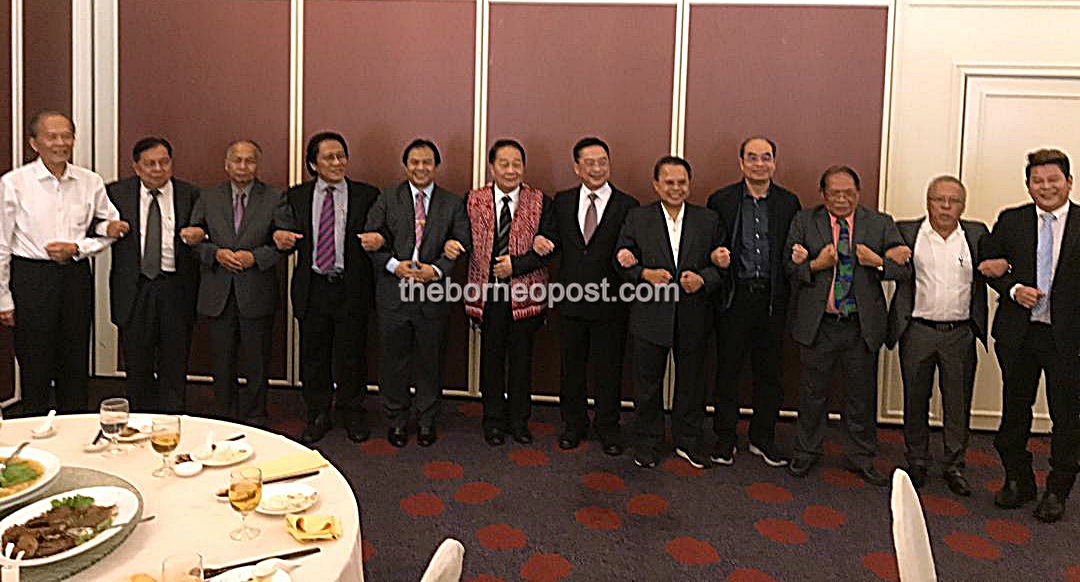 The PSB secretariat also mentioned the party is pledging loyalty and full support to Chief Minister Datuk Patinggi Abang Johari Tun Openg particularly in his fight for Sarawak rights and Sarawak interests which are enshrined in the Constitutional provisions and in MA63.

“We will join hands with YAB Chief Minister to share his vision and mission of bringing about a better Sarawak.

“We, PSB are also fully behind our CM YAB Datuk Patinggi Abang Johari’s new economic road map to bring Sarawak to a developed and high-income State. We will give full support to his program and activities, particularly his rural transformation effort to propel Sarawak into a new era of development

“Let us all rise to the challenges and offer the best we can to work hand-in-hand to find fulfillment in the services for our people and our beloved State of Sarawak,” added the secretariat.

Meanwhile, Masir in his immediate response said he has resigned as vice president and member of PRS following his decision to join PSB.

“My reason is that I believe PSB is a truly multi-racial party and can unite all races in Sarawak. PSB is an independent local-based party that can speak up for all Sarawakians, irrespective of race or religious belief.

“As a Dayak leader and member of Parliament, I believe PSB will be the party best placed to champion Dayak rights and unite all Dayaks in Sarawak,” said Masir, who was also former deputy federal minister.

He added he was in full agreement with the stand of PSB leaders to pledge our full support and loyalty to Abang Johari as the Chief Minister.

For the record, Entulu and Nyallau were also formerly from PRS but were sacked by the party before the last general election. Entulu is also a former full federal minister.