Wednesday, April 14
You are at:Home»News»Bright future ahead for Sarawak with move to restore equal status – CM 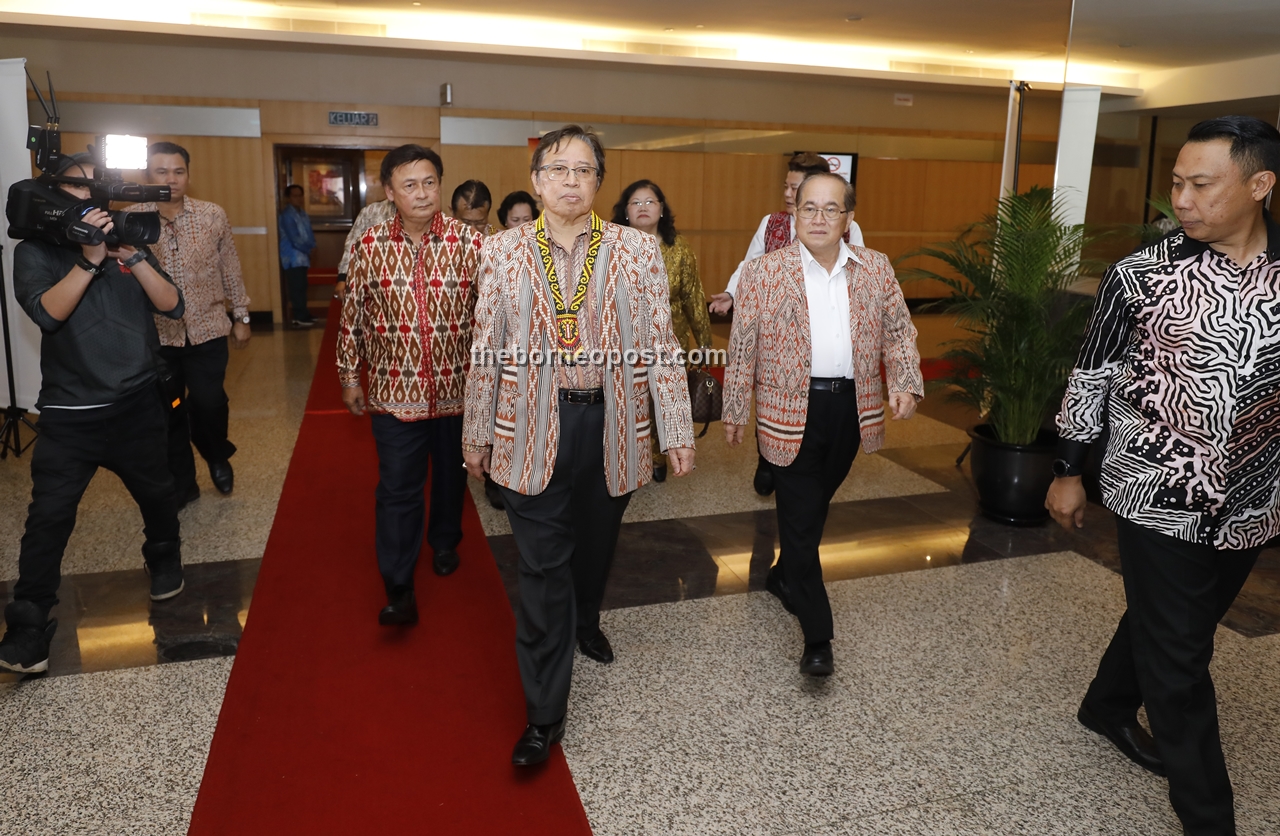 Abang Johari (centre) seen with Uggah (on his left) and Mawan (on his right) during the event. Photo by Chimon Upon

Speaking during the 63rd Sarawak Dayak National Union (SDNU) dinner here yesterday night, he revealed that Sarawak had managed to get something that it wanted, but would need further deliberation by the technical committee looking into the Malaysia Agreement 1963.

As of now, there are three committees that are tasked by the federal cabinet to look into the implementation of MA63 – the Steering Committee, the Technical Committee and the Working Committee.

Abang Johari nevertheless is confident that negotiations with regards to the state’s rights was going in the right direction.

“Sarawak will have a bright future and be able to position itself as the most developed state in Malaysia by 2030 if Sarawak is to be run by Sarawakians. With that sort of understanding, Sarawak’s future looks bright,” he added.

Meanwhile during the dinner, Abang Johari also hope that SDNU will be able to groom more leaders for Sarawak and that will continue to become an association which all Dayaks in the state can look up to.