Wednesday, May 18
You are at:Home»News»Court»Man gets 10 years’ jail, RM50,000 fine for insulting Islam on Facebook 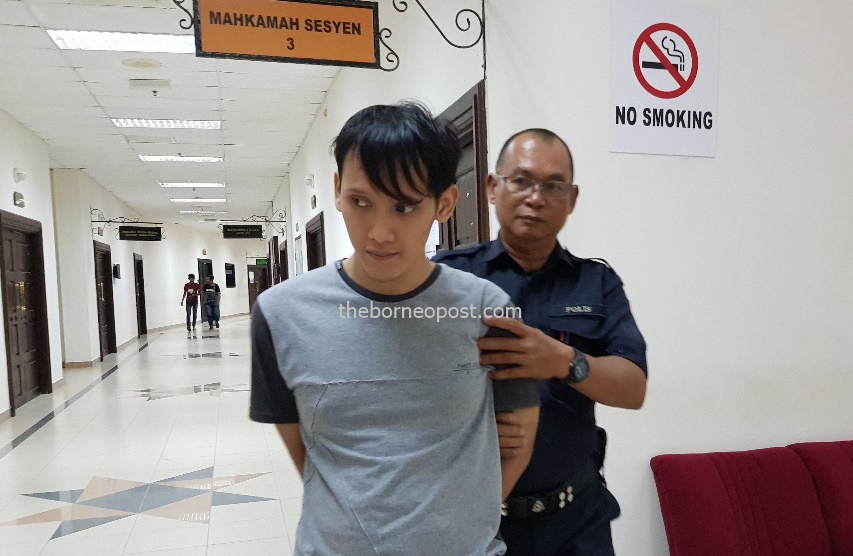 Alister being escorted out of the court.

KUCHING: A man from Singai, Bau has pleaded guilty to uploading on social media offensive materials about Islam and Prophet Muhammad.

He was apprehended at a house in Singai around 12.15am on March 3 this year.