Friday, June 25
You are at:Home»Business»Only 17 per cent Malaysian businesses have a woman CEO 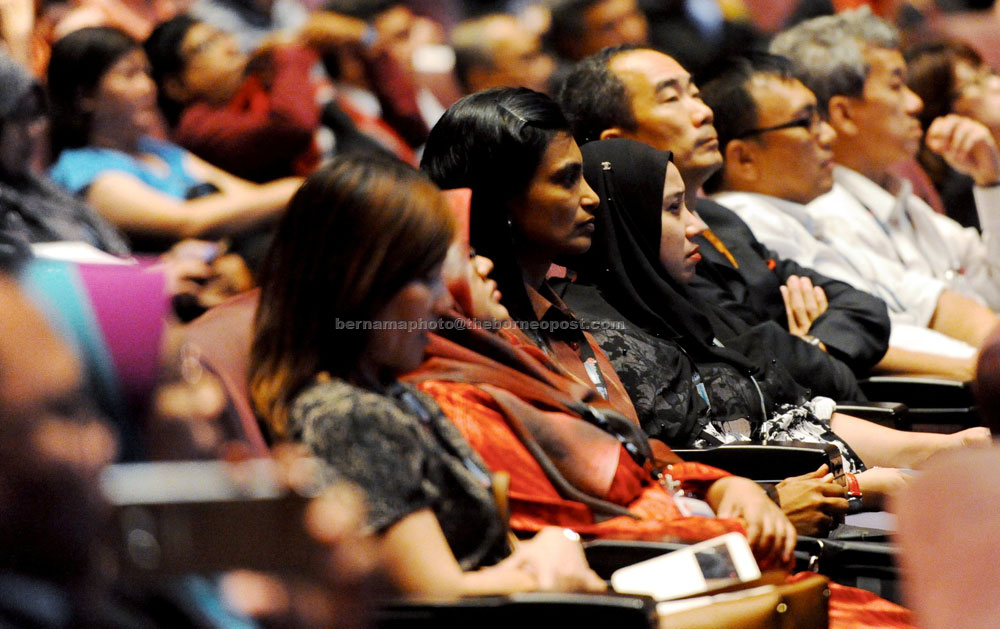 Additionally, 14 per cent of respondents said finding the time alongside core job responsibilities was also a hurdle for them to overcome on their route to executive roles. — Bernama photo

KUALA LUMPUR: Only 17 per cent of businesses in Malaysia have a woman in the role of chief executive officer or managing director, said global professional services network, Grant Thornton International Ltd.

In its latest “Women in Business” research, it was found that the percentage of women holding senior leadership positions in Malaysia also dropped to 23 per cent from 28 per cent recorded in March 2018.

“Gender parity at the head of the table is still a significant way off,” it said in a statement yesterday.

The report revealed that 16 per cent of the respondents cited the lack of access to developmental work opportunities and caring responsibilities outside work as the barriers in reaching senior management level.

Additionally, 14 per cent of respondents said finding the time alongside core job responsibilities was also a hurdle for them to overcome on their route to executive roles.

Commenting on the findings, Grant Thornton Malaysia country managing partner Datuk NK Jasani said in a statement that there should be more support in place for working women, especially when it came to aiding them in their caring responsibilities outside work, as most had to leave the workforce to care for their young children.

“In this aspect, the government has taken up the call to set up childcare centres at all government offices, and the first will be set up in Parliament and begin operating this year.

“The decision to establish the childcare centre was in line with the government’s policy to encourage more active participation of women in politics, policy-making and in the workforce.

“Corporate companies are encouraged to follow suit as it would encourage women to return to the workforce,’ he added.

The survey showed that in line with the positive overall progress recorded, 63 per cent of businesses in Malaysia were taking deliberate action to improve gender diversity.

Grant Thornton said 26 per cent of local businesses provided mentoring and coaching for women, while 25 per cent of companies were implementing flexible working hours to assist them.

The survey said 95 per cent of businesses in the country had at least one woman in senior management level this year, a 15 per cent increase from 2018.