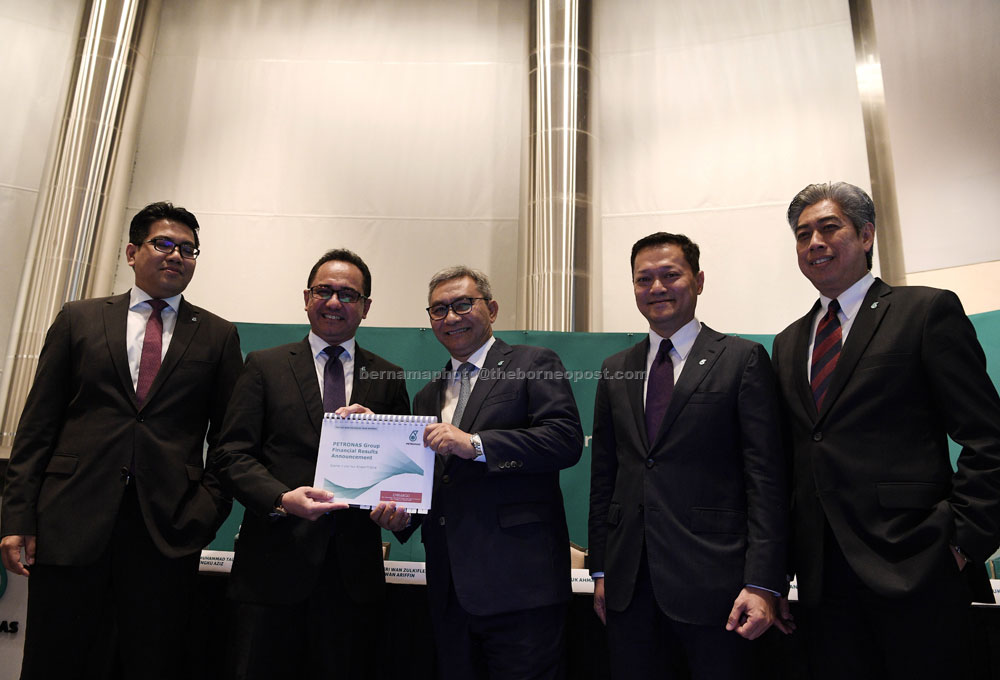 KUALA LUMPUR: Petroliam Nasional Bhd’s (Petronas) net profit rose 22 per cent to RM55.3 billion in the financial year ended Dec 31, 2018 (FY18) from RM45.5 billion in 2017, on the back of higher revenue and supported by a net write-back of impairment on assets.

Revenue also increased by 12 per cent to RM251 billion from RM223.6 billion in FY17, mainly due to higher average realised prices for all key products.

“We have made progress in the pursuit of our long-term strategies and will continue to invest in the future,” he said during the company’s fourth quarter and 2018 financial performance briefing yesterday.

Commenting on oil prices, he said it was expected to remain volatile this year with uncertainties expected to have a significant impact.

Wan Zulkiflee said Petronas’ plans for this year would be based on the oil price of US$66 per barrel.

“We use US$66 per barrel (as a benchmark) for our planning as anticipate a volatile year. As you can see in the past month, the oil production was also quite erratic,” he added.

He said Petronas planned to set aside slightly more than RM50 billion for its capital expenditure (capex) allocation for this year, slightly higher than the RM46.8 billion allotted in 2018..

Upstream activities would see an injection of RM30 billion, while RM15 billion has been allocated for the domestic market.

“Last year, we saw most of the capex spent on the Pengerang Integrated Complex. Some of the capex would be used to venture into renewable energy.

“This is because oil is a depleting source and I think we have to allocate capex for whenever the opportunity is available, and India is one of them, and Malaysia as well,” Wan Zulkiflee said.

It was reported that Petronas had shown interest in one of India’s largest rooftop solar power producers, Amplus Energy Solutions Pvt Ltd, in a deal that could be worth RM1.56 billion. — Bernama