Friday, July 30
You are at:Home»Business»Fixed broadband subscriptions surges as internet speeds up 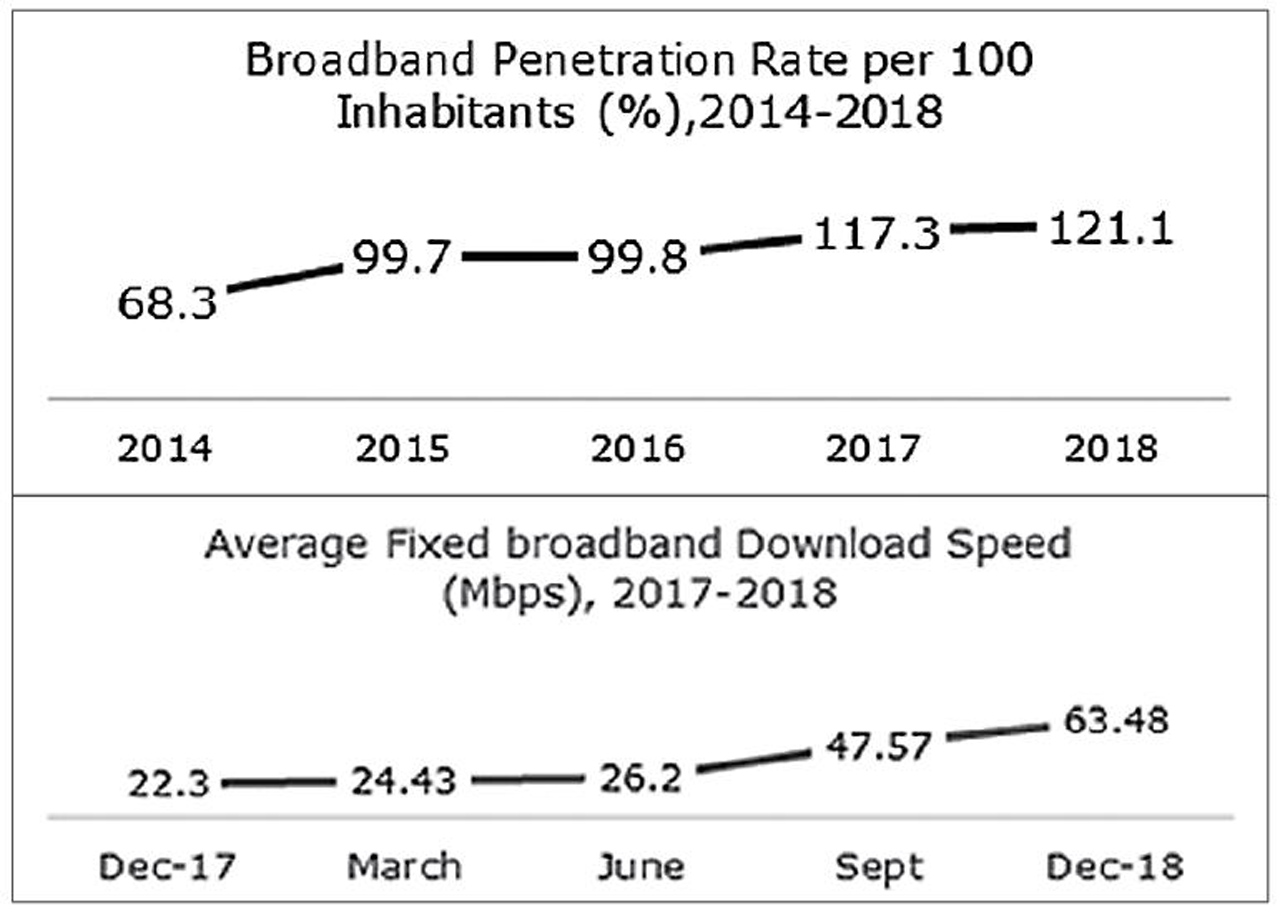 CYBERJAYA: The number of fixed broadband subscriptions with download speeds of more than 100Mbps have risen tremendously from 150,000 in 2017 to 1.2 million subscribers in 2018, Malaysian Communications and Multimedia Commission (MCMC) revealed in a recent survey.

In a press statement, it highlighted that the surge is mainly due to the implementation of the Mandatory Standard on Access Pricing (MSAP), which resulted in lower wholesale network pricing.

This allowed the internet service providers in the industry to lower their retail prices for high-speed broadband services while at the same time increase the speed of connectivity.

In the near future, MCMC pointed out that fiber optic network technologies that promise higher-speed, low latency and better quality of service will be the fastest growing technology with average annual growth of 11.9 per cent during the forecast period (2019-2025).

“The Government’s plan to provide Malaysians with better connectivity through the National Fiberisation and Connectivity Plan (NFCP) will further boost the take-up rate of high speed broadband across the country,” said MCMC chairman Al-Ishsal Ishak.

MCMC also noted that broadband subscriptions in Malaysia has almost doubled over the last five years to reach 39.4 million in 2018.

New data released by MCMC show that the growth of mobile broadband subscriptions largely reflects the rising broadband penetration rate per 100 inhabitants from just 68.3 per cent in 2014 to 121.1 per cent in 2018, equivalent to 15.4 per cent of average annual growth.

It noted that the upsurge has been mainly triggered by wider access to 3G and 4G/LTE coverage, improved network quality and increased competition in broadband market.

“As at December 31, 2018, 3G and 4G/LTE network expanded to 94.7 and 79.7 per cent population coverage, respectively. Meanwhile, High Speed Broadband (HSBB) covered more than 5.5 million premises nationwide as compared with 3.5 million in 2015,” it explained.

In February 2019, it said, Speedtest Global Index by Ookla reported that fixed broadband download speeds in Malaysia increased by almost threefold to 70.18Mbps as compared to 22.26Mbps a year ago.

“In tandem with NFCP, the ultimate goal is to guarantee widespread availability of high quality and affordable digital connectivity,” Al-Ishsal Ishak concluded.